When does Diablo 4 Beta start? Fans of the legendary hack and slash action RPG series have received the exciting news that the D4 beta is just around the corner. Dataminers have managed to find out that some files for the Diablo IV are already in the Battle.net launcher. Naturally, this means that we can expect the beta to arrive sooner than we’ve expected. So how to sign up for the Diablo IV beta and when does it release? Here’s what we know. 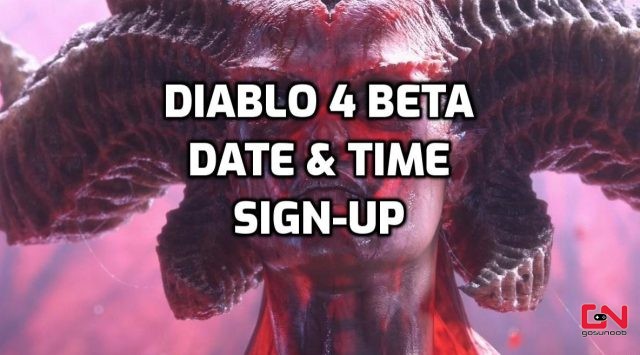 When is Diablo 4 Beta?

When does Diablo 4 Beta Start

Dataminers have discovered that some lines of D4 code are now added to Blizzard’s Battle.net launcher. This means that the first beta will probably arrive sometime later this year. However, at the moment, we don’t know the exact release date. Diablo 4 is set to arrive on PC and consoles sometime in 2023. Thus, the very first D4 beta will probably arrive later this summer or in early fall. Diablo IV has been in development for more than five years now. Before the official announcement, the game had been in development under the codename Fenris. And this exact word can be found in multiple places in the Battle.net Catalog Config Data, as discovered by WoW Head. Our estimation is that the beta will arrive in late September or early October of 2022.

Blizzard is yet to officially announce the beta and thus, there are no official ways for players to sign up at the moment. Nonetheless, once Blizzard reveals the beta, there will be an option on the official Diablo 4 website for players to opt in for beta participation. However, even if you register for the beta when it becomes available, that will not guarantee that you will automatically be selected to participate. Blizzard will gradually invite new players. Only a selected few will probably get a chance to participate in the first round of the beta. We will add more information about the beta release date and sign-up as soon as Blizzard shares official details.

However, there’s another way to get access to the beta. Price? A permanent Diablo tattoo on your skin! To learn more about that, check out the official Diablo Hell’s Ink Tattoo Shop Takeover Tour page.