Conquest Activities are like side missions in Assassin’s Creed: Syndicate. Finishing them helps you build up your influence in London, affects your completion and rewards you with money. This guide will list the different types of conquest activities in AC: Syndicate and what they’ll have you do. 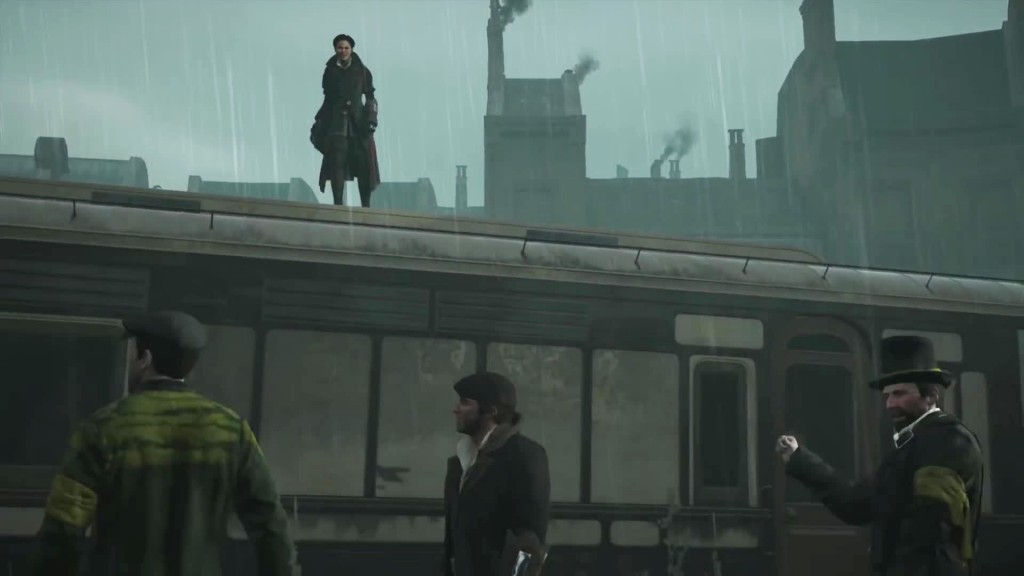 Bounty Hunt missions are about capturing (or killing) wanted criminals on behalf of your associates. You’ll need to take them to the designated drop-off point, either dead or alive. There’s an achievement for bringing 3 of them in alive, called Thieftaker. To get them alive, you’ll need to kidnap them, which involves holding them at gunpoint and slowly walking them to the end point.

They won’t always be as straightforward, though. Sometimes you’ll have to get through a carriage chase or sneak through a rival gang stronghold to get to your target. You’ll be rewarded with cash and a loyalty bonus with whoever ordered the bounty.

Child Liberation activities involve rescuing child laborers from their places of work. You’ll have to infiltrate the locations, deal with the adult supervisors and then free the kids. The various rewards can include rare crafting materials.

Pretty straightforward, the Gang Stronghold missions are all about taking over enemy turf. Go into a rival gang’s hideout, fight them, then challenge their underboss. Sometimes they’ll come with side objectives, like rescuing potential allies.

These quests are about decreasing the Templar presence in an area. You’ll have to find your way into the area, locate and assassinate the target, then escape. You’ll often have additional requests, like killing them in a special way, which brings better rewards.

These missions are the climax of your liberating efforts. After you’ve taken over most of a burrough, you’ll get to fight an all out Gang War. They start by throwing you into a large scale battle (10v10), and you have to make sure your side wins. After that, you’ll chase down their boss and fight him in a dramatic setting (on top of a moving train, for example). When you’ve won, the burrough will be yours.