Ubisoft has decided to reward all players of the upcoming Assassin’s Creed Syndicate with two free outfits, one each for Jacob and Evie. “Our character design team had a lot of fun creating these more fantastical outfits, and we’re happy to share them with everyone completely free”, said Creative Director Marc-Alexis Cote. The two sets will be available a few days after the game’s launch: Evie’s outfit will be released on November 3, while Jacob will get his on November 17. The outfits will be available to players worldwide. 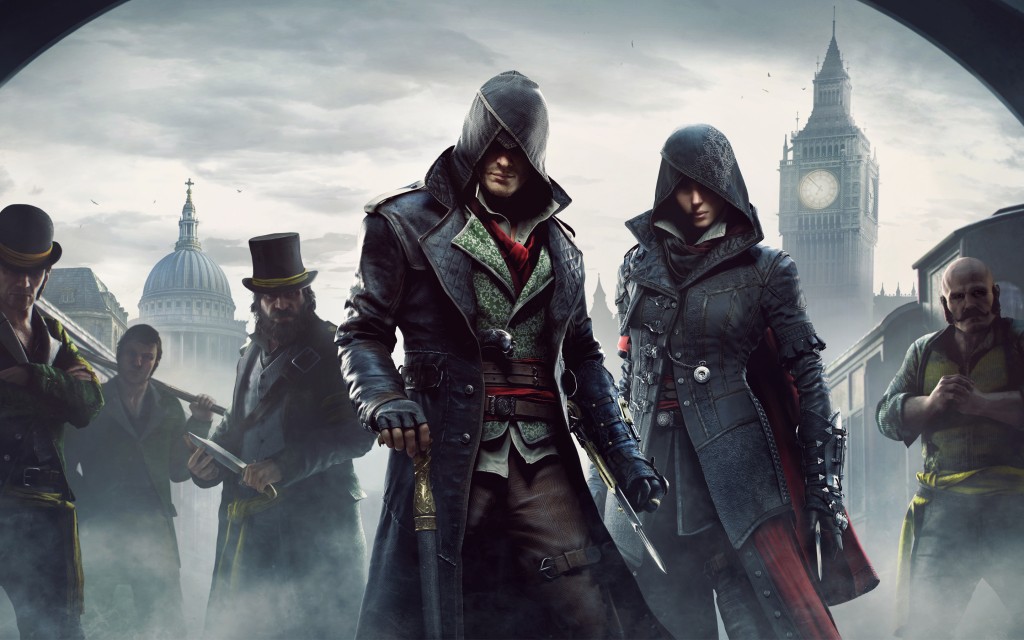 Evie will get a colorful new steampunk costume with sparkling ornaments on her left shoulder which should be enough to deter some miscreants. The name of the outfit is “Dr. Daniel’s Garments”. Jacob’s “The Creature’s Rags” outfit will be the exact opposite of Evie’s – a patchwork of bits and pieces of different-colored leather, giving him a more ominous look reminiscent of Dr. Frankenstein’s monster. You can view the two outfits below:

Assassin’s Creed Syndicate is due for release on October 23 for the Playstation 4 and Xbox One. The PC version will come out on November 19.