With AC Unity release coming in little over two weeks time, Ubisoft has revealed information about several collector editions for the fans of the franchise. Beside the additional 45 minutes of gameplay, every edition contains 2 lithographs, the official AC Unity soundtrack, an artbook and a steel case. The editions are named: Guillotine, Notre Dame and Bastille for the European market. With the highest price starting at 139.99 EUR and 89.99 EUR, Guillotine and Notre Dame editions seem to offer the most for the true collectors of the Assassin Creed franchise. Both editions contain a large figurine of Arno Gargoyle, the series lead character, carrying the French flag. The US Market editions are a little different. For example, in the Gold edition you get a figurine from the Notre Dame version and a music box that comes only in the Guillotine version.

The content is different for each of the editions and they’re all available on the UPlay store: 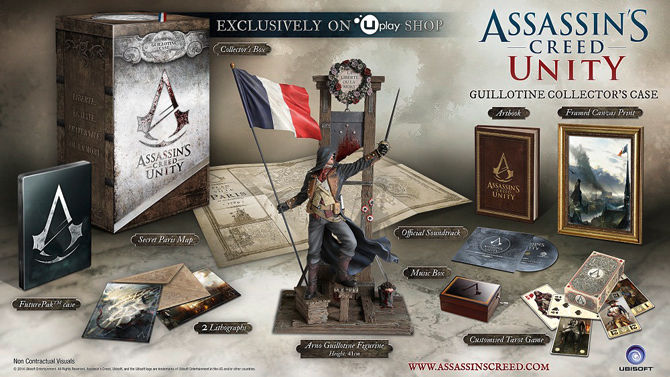 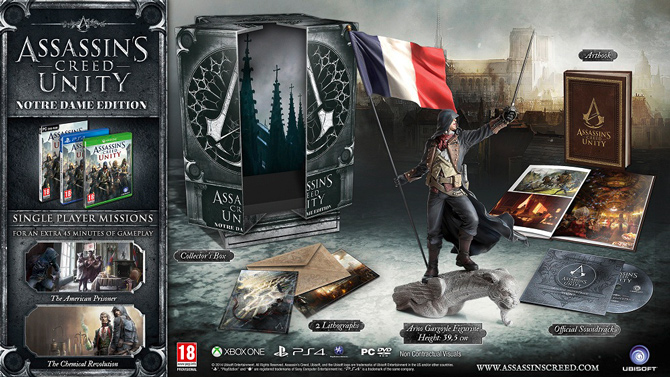 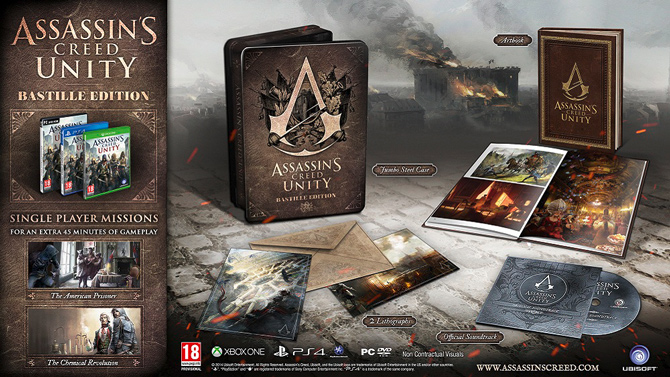 The girls at The Yogscast had some fun opening the Guillotine and the Notre Dame version and you can watch it bellow:

NEXT POSTPossible look of future wars