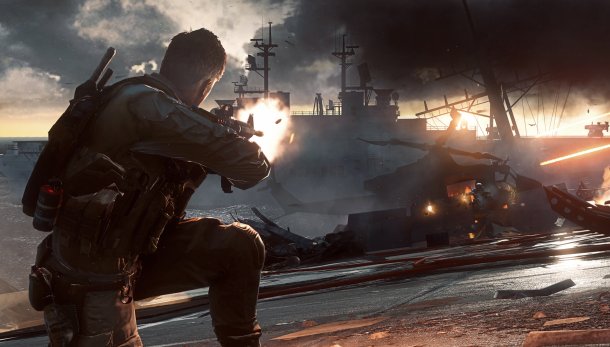 After the release of yesterday’s patch for Battlefield 4, everything is ready for a new DLC titled Second Assault. The newest add-on to the popular FPS game will bring some of the most exciting maps from Battlefield 3, but this time seen through the lenses of Frostbite 3 engine and Levelation.
▼Article Continues Below▼

To confirm this, one of the developers wrote earlier on the official Battlefiled web-site:

“This update is mainly designed to prepare the game for the upcoming release of the expansion pack Battlefield 4 Second Assault. We will announce the release date for this expansion pack later.”

However, after the update Premium PC players already have access to some of the content from the Second Assault, mainly new weapons: AS-VAL, DAO-12, F2000, Gol Magnum and M60.

Unconfirmed sources claim that the new DLC will be released during the first week of February. Either way, when released, Second Assault will be automatically added to all Battlefield 4 Premium players, but it will also be sold separately for $14.99.

Another interesting announcement came from Scandinavian developer DICE as they recently revealed a month-long player appreciation event starting February, 1. All Battlefield players will be awarded with various goodies, like Battlepacks, shortcut kits and XP boosts. More information can be found here.

PREVIOUS POSTTitanfall Beta confirmed for PC and Xbox One