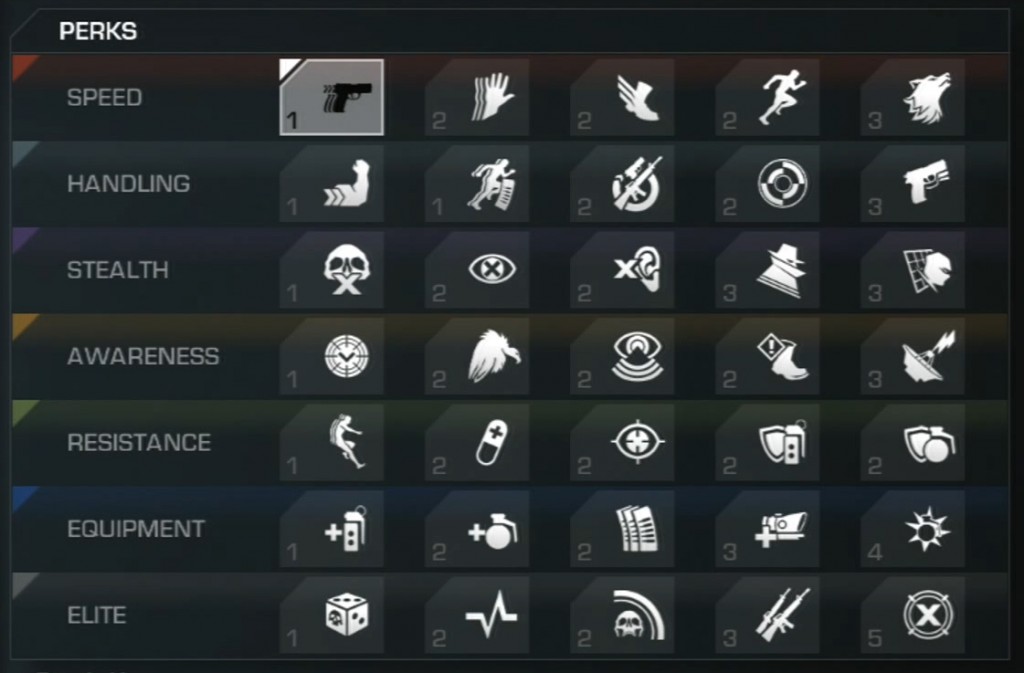 The Perks system in Call of Duty: Ghosts provides many different options like faster weapon reloads, increased movement speed, becoming undetectable on the mini-map… You can choose perks from different categories with a total cap of eight points to build your custom loadout. If you decide to disable primary and secondary weapons, along with two equipment slots, you can increase the number of perk points up to 12. You should choose different perks from a total of 35 perks, for different weapons, game modes and maps you are playing.

The perks list in Ghosts has been divided into 7 categories: Speed, Handling, Stealth, Awareness, Resistance, Equipment, Elite. Each category contains 5 perks with different costs between 1 to 5 points. In the list below we summarized and tested each perk, and described our observations.