What is the best loadout for Vargo-S in Warzone Season 4 Reloaded? The mid-season update for Season 4 is here and it comes with a slew of new features. For the competitive players, the most exciting part is a brand new assault rifle, the Vargo-S. The Vargo-S can be unlocked by completing the challenge of 15 close-range kills in both Warzone and Vanguard. In this guide, we outline the best loadout, attachments, perks and gear for the Vargo-S AR in Warzone Pacific Season 4. 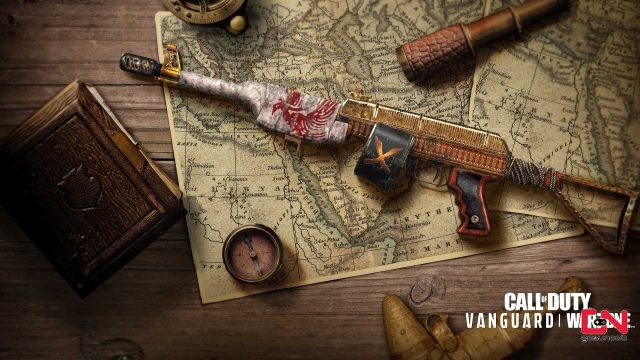 The Vargo-S Assault Rifle boasts impeccable accuracy paired with a high fire rate. What the weapon lacks is the raw power and range, thus it’s best used for midrange encounters, as it offers snappy gunplay and works great in environments where players need to react quickly. In most cases, you will use this AR as a mid-range support weapon for your sniper. With that in mind, we think that this is the best Vargo-S class setup in Warzone Pacific:

First, we kick things off with the MX Silencer, which will significantly improve both vertical and horizontal recoil control. In addition, it boosts damage range and makes as invisible on radar when shooting. When it comes to barrels, there are not a lot of choices there. All things considered, we choose the Mirzoyan 414mm Custom. It increases our ADS speed and aiming stability, and further improves recoil control. Sprint to fire speed is also enhanced. It will somewhat worsen the weapon’s damage range and fire rate, but in a tolerable measure. The G16 2.5x optic is perfect for this mid-range build. The Gabrielyan LP 33 is there to provide additional control with recoil recovery and initial firing control.

The M1941 Hand Stop is something you want for the underbarrel ideally, but you will have to level up for that one. That’s why we go with the Carver Foregrip as an alternative for the underbarrel. The 60 Round Drums is our pick for the mag, paired with Lengthened bullets.