Will Warzone have a Halloween 2022 event? The popular Call of Duty battle royale game is living through its final months of glory before the release of Warzone 2 in November. The current Season 5 will be the last ever season in Warzone. Thus, fans hope to make the most out of it. In this guide, we outline the Warzone Halloween 2022 start date and time. Also, we take a look at possible skins, limited-time modes, new weapons, and more. 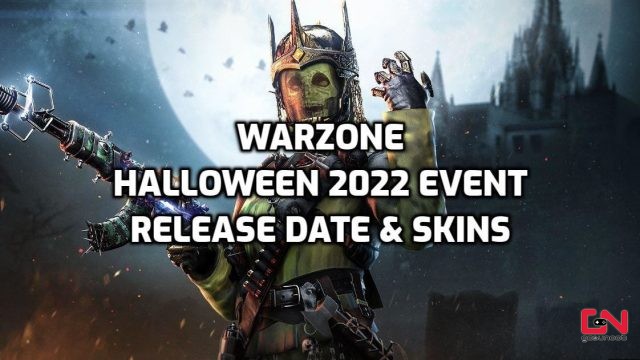 UPDATE: It is now Tuesday, October 18th, and Activision still hasn’t yet officially revealed details about the Warzone Halloween 2022 event. That doesn’t mean that there won’t be one, just that it will be later than it was in the previous year. We will follow the situation closely and update the article once we have more information.

As we’ve already mentioned, the event hasn’t yet been officially revealed. Thus, we can only speculate what to expect. Last year, in The Haunting Halloween event, Call of Duty fans enjoyed a host of new content across both Warzone and Black Ops Cold War. There was the “Ghosts of Verdansk” limited-time mode event in Warzone with zombies. It’s safe to assume that zombies will invade the Caldera map this year.

Furthermore, there was a big collaboration with the Scream movie. It has brought as the Ghostface Operator, alongside the Frank the Rabbit operator skin from Donnie Darko. Thus, we will probably have two new horror movie collaborations this year. There were also several new Halloween-themed skins and other cosmetics, as well as various “spooky” rewards for completing event challenges. So there you have it, we can expect something similar this year. Of course, we will update the article with official details immediately upon the announcement of the Warzone Halloween 2022 event.