If you can’t launch MW2 raids at the moment, you should know that you are not the only person with this issue. MW2 Atomgrad Raid has just been released, but it is already experiencing a myriad of problems. And on the second day of its launch, it simply isn’t working. Here’s what we know about the “MW2 Raid Not Launching” issue. 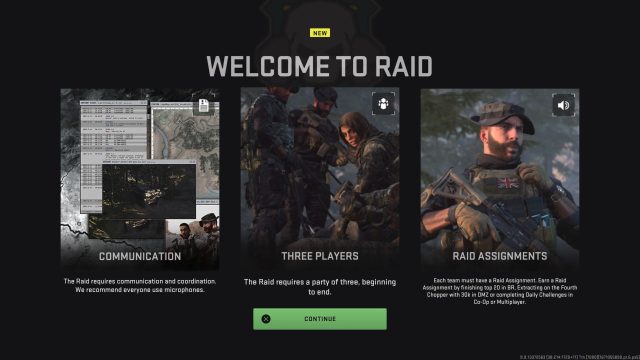 MW2 Raids Not Launching, Kicking Players Back to The Main Menu

On Thursday, December 15th, a number of players started reporting problems with Modern Warfare 2 Raids. Namely, they and their friends would use their token raids to start a new Raid, but the game wouldn’t let them. Instead, it would kick them back to the main menu screen.

“Having an issue trying to launch the Raid. We are a party of 2 Xbox players and one PC player, all three have Raid Assignments, but every time the party leader hits ‘Launch’ it kicks us back to the prior menu,” wrote u/Sagemel. And there are numerous other reports of similar problems.

To make things even worse, it seems that Modern Warfare 2 “uses” their Raid Assignment. However, instead of granting them permission to play, it simply spends their tokens and kicks them out. These players lose their three raid tokens but are also left without a chance to play the raid. At the time of writing, there doesn’t seem to be a solution for this issue. Players have tried restarting their games, their PCs/consoles, and logging in and out of their Activision accounts… Nothing helps.

There seems to be a server issue that prevents players from joining a match of Atomgrad Raid. For now, that’s all we know about this issue. However, we will make sure to update the article once we know more about it. If you maybe know a working solution, please – share it with us in the comments section!