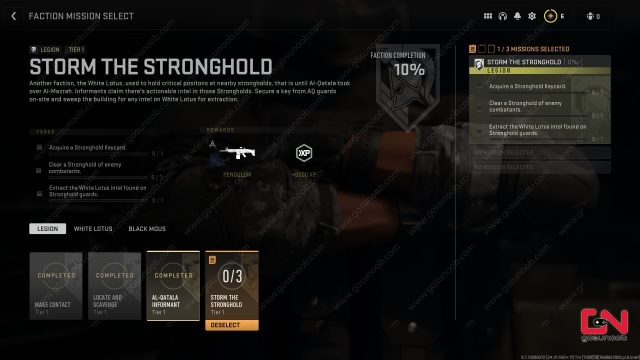 Where to Find Stronghold Keycard in DMZ Warzone 2

First thing first, let’s see what are the requirements to get a stronghold Keycard. While not officially confirmed, many players claim that you will first need to complete other missions in order for the Stronghold Keycard to become available. Thus, when you equip another two Tier 1 Legion missions, focus on completing them first. Once you are done with them, you can now switch to finishing the “Storm the Stronghold” mission.

And the very first step here is to acquire a Stronghold Keycard. There are two ways in which you can get a keycard in DMZ. The first one is to buy it from the nearest Buy Station. It will cost you $5000, so make sure to have enough money before going for a purchase. The second method is by eliminating and looting one of the AQ guards patrolling the Stronghold building. However, guards dropping a Stronghold Keycard is not guaranteed. We are not sure what are the drop chances here, but we can tell you that we had more success with those guards on the roof of the Stronghold rather than with those around the building. So, there you have it, that’s how you can acquire a Stronghold Keycard in the DMZ Warzone 2 mode.