Not sure where to find the Caretaker’s house in Warzone 2’s DMZ mode? Unlike classical battle royale mode, DMZ offers a lot more options to explore the new Al Mazrah map. This is thanks to the narrative-focused missions and tasks, that are enriching the lore of the new Warzone 2 map. Furthermore, during your stay there you’ll find numerous keys unrelated to missions. And for some, players are not sure where they need to go in order to use it. Read on as we explain where’s the Caretaker’s House located in Al Mazrah. 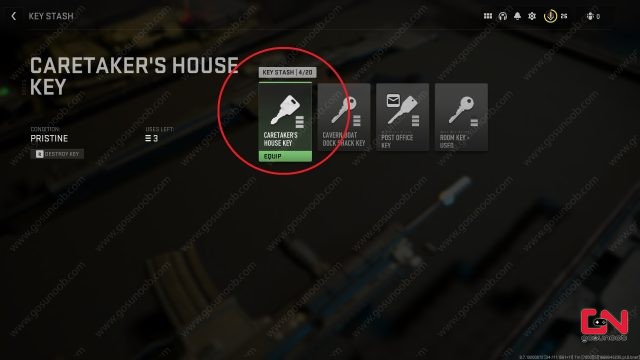 Where is Caretaker’s House in Warzone 2 DMZ

For many of the keys you encounter while on a mission in the DMZ mode, you’ll have absolutely no clue where to use them unless you search everything thoroughly. Luckily, we have already found the locations for some of them. For example, if you have acquired a Caretaker’s House Key, we now know where you need to go in order to use it.

As the name suggests, the key will unlock an object called the Caretaker’s House. However, if you search via your map, you will not able to find an object with that name, as it is not labelled as such. So, where is the Caretaker’s House in DMZ? It is located at the Al Samman Cemetery. That’s in the southwest area of Al Mazrah. Check out our image below, where we’ve pinpointed the exact spot on the map.