Are Diablo Immortal servers down? The latest Diablo game brings the iconic action RPG series to mobile devices alongside the PC release. Unfortunately, like many other modern multiplayer games, Diablo Immortal is an online-only game, requiring players to have a constant internet connection when playing. While this is understandable due to the fact that the game is an MMORPG, it can also lead to frustration when there’s a server outage. Read on to learn the current Diablo Immortal server status, scheduled maintenance, outages, and more. 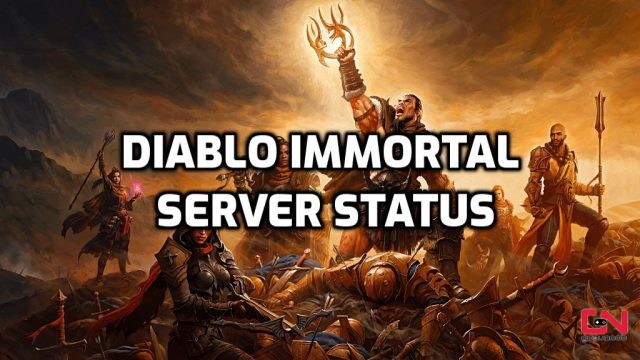 Are Diablo Immortal Servers Down?

At the moment Diablo Immortal is not yet live. The game is set to launch on June 2nd at 7 pm CEST / 6 pm BST / 1 pm EST / 10 am PST. The servers will go online once the game launches. However, even after launch, Diablo Immortal servers could go offline for various reasons. The servers may be down due to scheduled maintenance. If there is some big update, Blizzard might bring the game down for a couple of hours in order to deploy the patch.

Numerous unforeseen issues might also result in servers going offline. Critical bugs and glitches that need to be fixed urgently, or some other issues. The servers themselves might malfunction and result in an outage. Also, Battle.net servers can experience a DDoS attack, which often results in an outage lasting a couple of hours. Whatever the problem is, we will share that info with you in this article.

The best way to stay up-to-date with the most recent issues in Diablo Immortal is by following the official Diablo Immortal Twitter account. If there are any planned outages, like scheduled maintenance or big update, they will announce that upfront. In addition, the main Diablo Twitter account is also a good place to follow for Diablo news. When it comes to unplanned outages, there are two Blizzard CS Twitter accounts. One for the Americas, and one for Europe, each covering their respective regions.

Also, the Battle.net client will almost always display the maintenance schedule in advance for all games. Finally, you can always come back here to find out about the latest Diablo Immortal server status details. We will swiftly update the article with the latest information about outages and maintenance.