Diablo Immortal is finally out. This long-awaited game brings the beloved franchise to both the PC and Android and iOS devices. The game features six iconic Diablo character classes (Barbarian, Crusader, Demon Hunter, Monk, Necromancer, and Wizard) and lots of baddies to kill, loot to collect, and quests to complete. Though, since the game has only been out for a short while, players are confused about how some of DI’s mechanics work. Take, for example, Hidden Lairs. During your playthrough, you will often get a message notifying you that “A Hidden Lair has opened in this Zone”. But the issue is that you have no way of knowing which HL has opened up and you have to run searching for the right one. And to do this, you will need all of the Hidden Lair Locations in Diablo Immortal. We’re here to provide that. 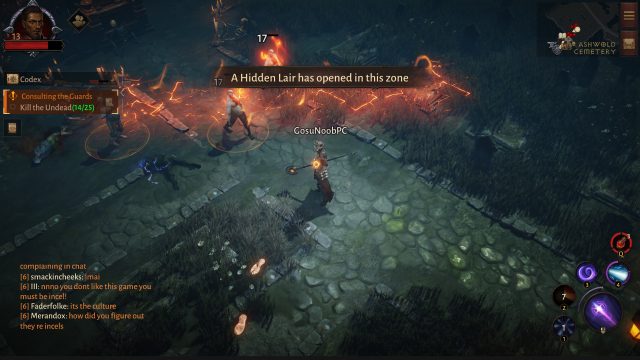 How to Find Hidden Lairs in Diablo Immortal

Hidden Lairs, also called Underground Lairs and Time Lost Lairs, are small, separate dungeons in Diablo Immortal. They are the best place in the game to farm Normal Gems, so it is very much worth it to seek them out and complete them to get these, as well as other nice rewards. You will be notified whenever one opens up in a zone, but the problem then becomes where to find it. Well, unfortunately, the only way you can be sure of this is to run from one Hidden Lair location to another until you’ve found the right one. Let’s start with the Ashwood Cemetery first.

Here is the map of all possible Ashwood Cemetery Hidden Lair spawn locations in Diablo Immortal. Unfortunately, when you get the message “A Hidden Lair has opened in this zone” you’ll have to visit some of these possible locations before you find the opened one.

Here is the map of all Dark Wood Hidden Lair locations.

This is the map of all Shassar Sea Hidden Lairs:

Here are all the Hidden Lair locations in the Library of Zoltun Kulle.

And this is the map of every Hidden Lair in Bilefen.

The Hidden Lairs in the Mount Zavain region:

Here’s where to find all Frozen Tundra Hidden Lairs:

PREVIOUS POSTDiablo Immortal Skill Stones, How to Get & Use

NEXT POSTDiablo Immortal Adventure Journal, How to Get & Use