The Diablo Immortal Class Change feature is one of the most exciting innovations for players who like to experiment with all classes. Unique classes and their countless playstyles were always a core gameplay experience in many Diablo games. And while many players like to “main” their favourite class, having various alts with other classes was the norm as well. However, grinding levels and gear for those classes can often be exhausting. Luckily, Diablo Immortal allows you to switch classes almost instantly. Here’s how to switch classes in Diablo Immortal. 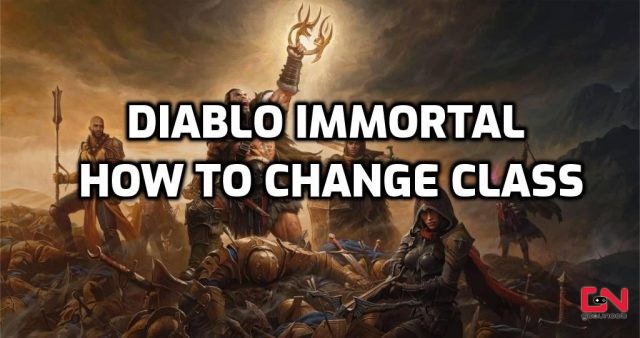 How to Change Class in Diablo Immortal

Given that Diablo Immortal is more focused on the MMO part of the genre, your character progression is incredibly important if you want to stay competitive with other players on the server. Though, that can be an incredibly slow and grindy process. Thus, most players will opt-in to having only one “main” character.

However, Blizzard’s Class Change feature will allow players to easily switch between classes with their main character. Class Change can be done in Westmarch, and when you do this you’ll also receive new visual customization. And the best thing? You’ll retain all your progress on Paragon levels. Here’s what else happens when you change your class:

The only thing you’ll need to start over again is collecting Legendary items which are specific to your new class. This feature will allow players to try out all available classes without having to abandon their main character and start grinding all over again. If you change your mind and want to go back to your character’s original class, the game will automatically reverse to your previous class’ visual customisation and will equip all legendary items you had before the change.

Finally, it is important to note that the Diablo Immortal Class Change feature will not be available on the launch day! But developers have confirmed that they will be working on implementing it as soon as possible. It is expected to be added in weeks following the launch of the game.

NEXT POSTDislyte Codes June 2022, Free Gold & How to Redeem