Will Diablo Immortal be on the Switch is something many fans of the cult action RPG series are eager to find out. The latest Diablo game is the first-ever designed with mobile devices in mind. This fact has many Switch enthusiasts excited as it opens up the possibility for Diablo Immortal to come to the Nintendo Switch as well. Here’s what we know about the Diablo Immortal Switch release date. 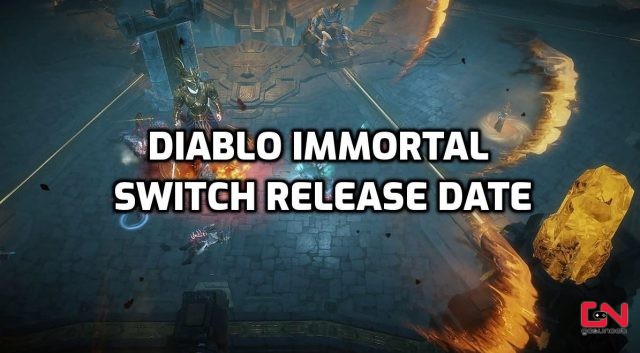 First thing first, let’s clear one thing out – Diablo Immortal will not be available on the Nintendo Switch on launch. The game initially launches for PC, Android, and iOS devices. However, up until recently, many gamers believed that the game will be exclusive to mobile devices. That turned up not to be true, as Blizzard revealed that Immortal is set for PC release as well.

So, what about the Switch release? Unfortunately, at the moment, there are no official plans for Diablo Immortal to be released on Nintendo’s latest console. Though, this doesn’t mean that the Switch release is not on the cards sometime in the game’s future. Blizzard has already shown their willingness to put Diablo games on the Switch. Thus, Switch owners can currently enjoy other Diablo titles on the handheld console. Both Diablo III: Eternal Collection and Diablo II: Resurrected are on the Switch.

It seems like the eventual port of Diablo Immortal for the Switch would be a much easier task for the developers, given the game’s original design. This makes it even more plausible that we will eventually see the port. Ultimately, it all depends on the game’s initial success. If Diablo Immortal manages to gather a huge and stable player base, Blizzard will want to expand on other platforms. If the game fails to become popular enough to please the suits in Activision-Blizzard’s management, it’s unlikely to see it expand beyond its original platforms. We will update the article as soon as we have more information.

NEXT POSTGenshin Impact Spices from the West Yelan Fragrant Dish