It’s Sunday, June 14th, and it’s the first sunny day in LA since we arrived. The Los Angeles Convention Center and Staples Center are adorned with E3 banners, heralding the world’s largest video game show, which is starting tomorrow. Looming over us from all sides are posters for games that are going to be presented. 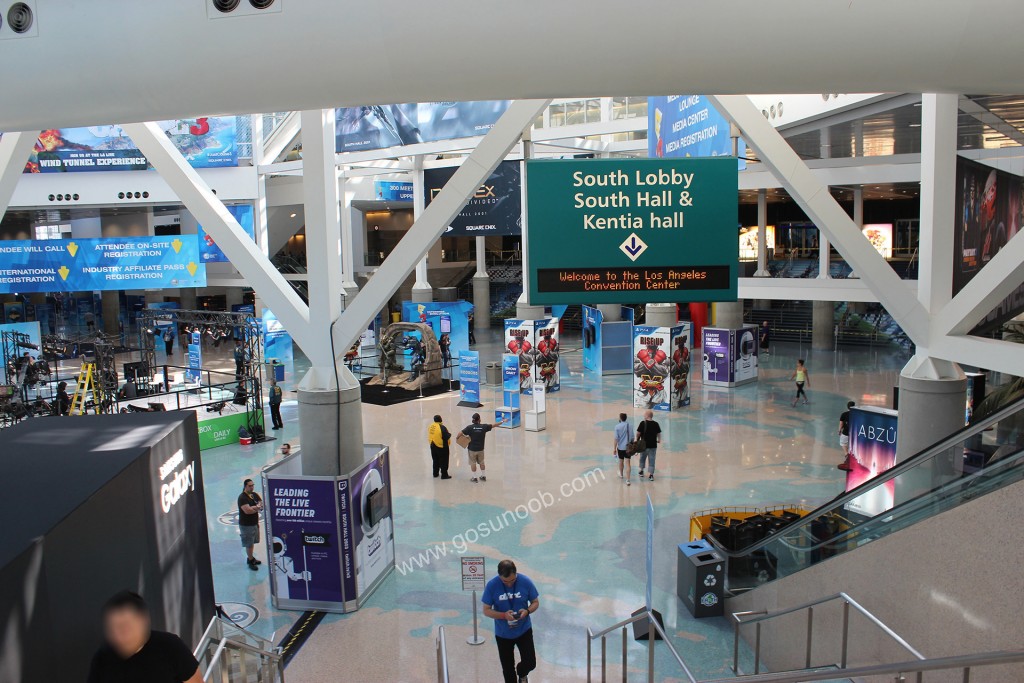 Hordes of journalists are already circling around the premises – interviews are happening, booths are being set up. Tents are being pitched, under which attendees will have the chance to play some the most anticipated games of the show, like Star Wars: Battlefront.

The registration process was over before we knew it. With our documents prepared, we waited no more than a few minutes. We managed to get from the press registration area to the South Hall, where we picked up special bracelets that would allow us entry into Sony’s press conference tomorrow.

We’ve also managed to sneak a peek at the Main Hall, which is where all the actual showing will happen. There was a stage with a life-sized Halo 5 Master Chief figure next to the Xbox booth, which is where various developer interviews are to take place. Battleborn, 2K’s upcoming shooter, seems to be getting a lot of love.

The same can be said for Lego Dimensions, the one Lego game to rule them all. It is supposed to merge all the other Lego games into one, with characters from Lego Movie, Lego Batman and countless others appearing.

Our next order of business is the Bethesda press conference. Stay tuned.