Introduction to Far Cry 3 Betting Against The House.

Far Cry 3 Betting Against The House follows the Aced in the Hole main story mission. After killing Hoyt you wake up in the room where you played poker, having apparently killed all nearby guards as well.
▼Article Continues Below▼
You remember Hoyt’s words about your little brother Riley and rush to the airstrip to save him. 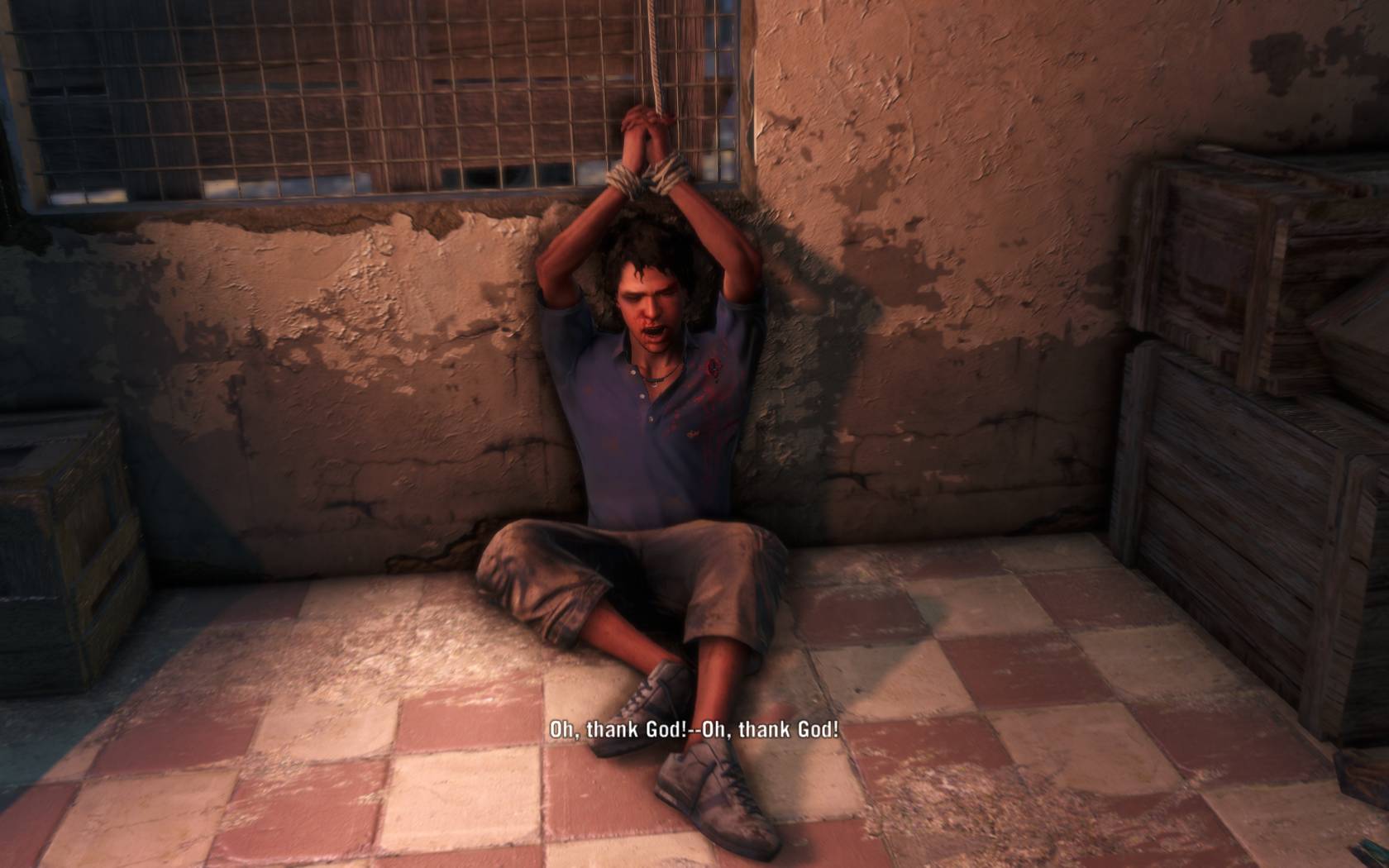 Get to the airport.

The privateers are not happy you killed their boss. As soon as you leave the house you were in they will start charging it in order to kill you. You only have 12 minutes to reach the airstrip so you don’t have time to mess with all these enemies. When you leave Hoyt’s house turn left and sprint avoiding fighting with the privateers. As soon as you leave the compound you will see a free car you can use. Take it and drive it west towards the objective point. Privateers will try to stop you with many obstructions, such as roadblocks, bombs, and the like. At some point you will get to a bridge that is raising as you approach it. Try to control your vehicle as you jump the bridge so you can continue driving this it afterwards. If it does wreak just hop out and continue on foot, the airport should be near.Liza calls you and asks you to come to them fast. Someone is taking them away and they need your help. But you need to save Riley before you can help them.

Search the airport to find and rescue Riley.

The timer stops when you reach the airport. You need to search the buildings to find Riley. If you approached the airport from the west, as you should, continue going west by the side of airport so you can avoid getting getting in crossfire. You can head through the middle of the compound but you will be under heavy fire the whole time so it is not recommended. Riley will be in the westernmost house of the airport. It is easy to spot since it has red carts in front of it. Keep on mind that there are lots of privateers at the airport and many of them have flamethrowers.

Clear the area so Riley can reach the chopper safely.

Head inside the building and free your brother. Riley wont go out until you clear all nearby privateers so head out and clear the enemies from the area.

Get to the helicopter.

After you clear put the area around the chopper get close to it and Riley will come to it as well. Riley will start flying the chopper while you defend it from incoming privateers on cars, boats, and choppers.

You will notice choppers health pool bar at the middle top screen. This chopper can be destroyed easily so you will need to take out incoming enemies quickly. The first thing you need to take care of is the first group of privateers that come aboard the chopper. Until chopper start flying away, you will be like siting duck at the airport. Take care of the first group of privateers fast before they damage chopper too hard. Make sure not to overheat the gun as you kill the privateers.The second group you need to take care of are the car and boat that comes driving down the road andriver when you leave airport for first time.The third group consists of privateers with RPGs near complex of buildings. Shooting at a building makes them explode and you can easily down the privateers hiding between them..You will run into the fourth group near the bridge. Shot the car and truck on the bridge when you see them.The fifth group will be at the airport again. Shot down the depots at the other side of airport in order to disable the privateers with RPGs near them. This is a crucial part, the RPGs these enemies fire can quickly destroy the helicopter if you let them.The sixth group consists of jeeps at the bridge. They are easy to destroy and should not pose much of a problem.The seventh group are three privateers choppers. They are pretty bad shots but show them no mercy and destroy them as soon as you are able.After destroying the enemy choppers you are finally safe. You tell Riley to head towards the others.

NEXT POSTFar Cry 3 The Doctor Is Out