Introduction to Far Cry 3 The Motherload

Far Cry 3 The Motherload follows Down in the Docks in the main story quest. In this quest you will set off to find the third compass part that will eventually leads you to ancient knife that Buck wants in return of your friend’s safety.
▼Article Continues Below▼ 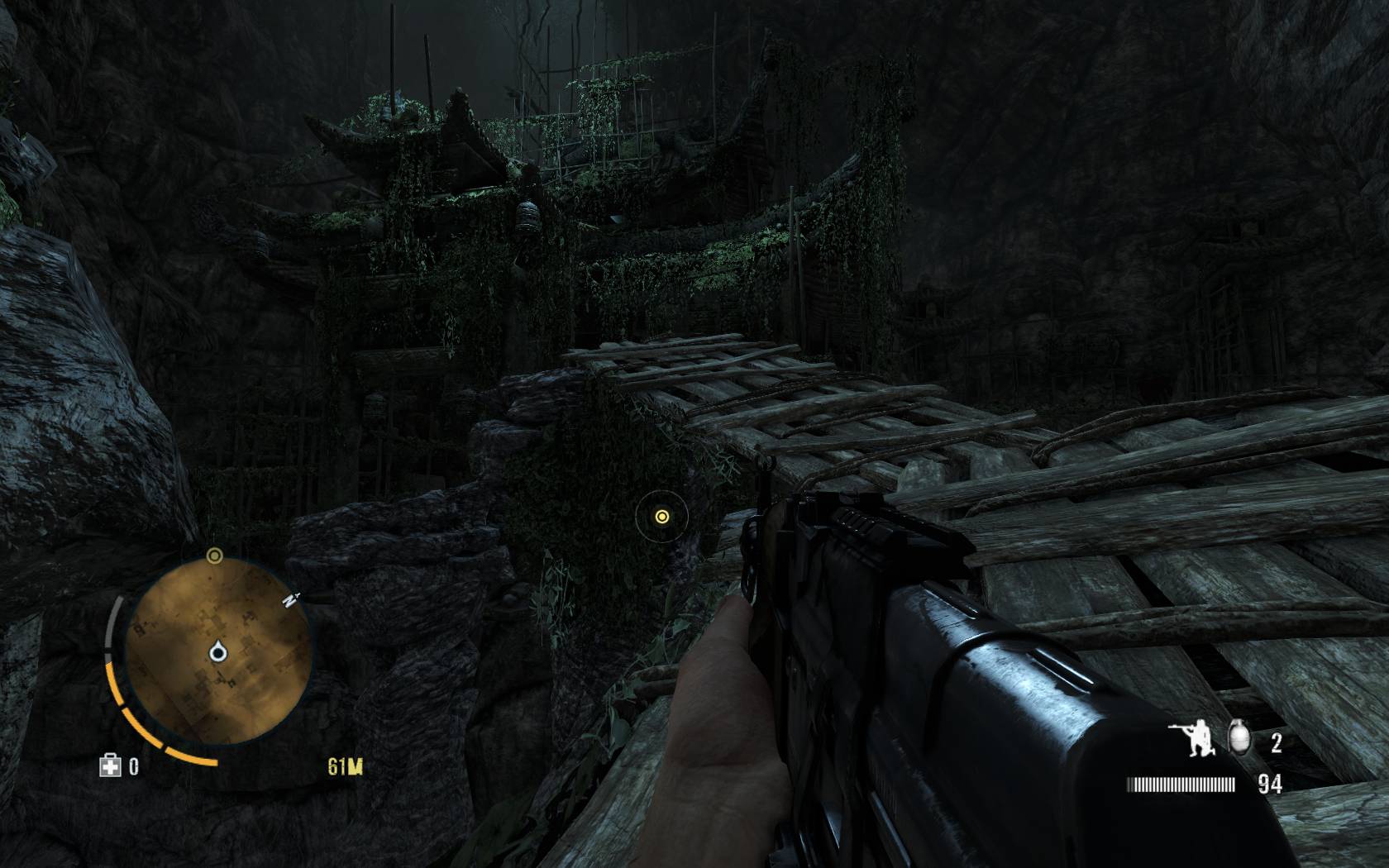 You can find Buck northwest from your location. When you approach him he will give you another history lesson before sending you off again.

Explore the mines to find the third compass piece.

Locate the elevator when you enter the mines. Take it down deeper into the earth in order to continue your search.

Following the mine tunnel will lead you to a mine cart that can be used as a cover from pirates. You can easily hide behind the cart and make your way further without being spotted. The wood supports in this area can collapse the roof if they are shot. Collapsing the tunnel will kill the pirates without closing down the passage to deeper mines. The first couple of pirates you meet up can be easily killed silently, while the ones deeper in the cave demand some rock throwing.

Get past the pirate encampment and cross the bridge.

In this area you will encounter many pirates scatted around the large cave area. Some of them are carrying the sniper rifles and can be defeated while using the carts as cover. Using a sniper rifle yourself at this part will greatly assist you in killing the pirates around the cave. You can easily locate two snipers near the beginning even before you enter big cave by the lasers their sniper rifles produce. Hide behind one of the mine carts while shooting them. You can push the mine cart closer to them, but as soon as the mine cart start traveling you will be seen by pirates across the cave. Besides snipers and automatic rifle pirates you need to defeat ones that carry Molotov cocktails and heavy guns as well. As soon as you cross the bridge there will be even more pirates coming out of further mine tunnel.

Find the strange door inside the excavation site.

You will find even more pirates in this next tunnel. Like before you can collapse the wood supports to take them out easier without impeding your progress.

After defeating pirates at this part of tunnel you will be able to safely reach to rock door. Using your acquired compass while pressing appropriate button when you are near door will make door open. As soon as you go into the mystical room there will be a Komodo dragon waiting for you. From this point on you will not be meeting any more pirates, just Komodo dragons

Going deeper in the cave you will encounter the secret room. The only way to make progress is to activate the switch in the middle of the room. This will open the hidden passage that takes you to next area.

Going through the hidden passage will lead you to stairs that head up to a new hidden cave. Even though there are no pirates here you can easily fall down into the rift and die. The is an especially tricky first jump that can take your life right away. If you are running and then jumping on first rock you will find your self hard to stop, which will result in falling down. Walk to the edge of the plateau first, then make your jumps.

Proceeding forward through the cave will take you to old elevator. Step on it in order to activate the next part.The old elevator doesn’t hold up for long and you will quickly find yourself going on a one way trip down.

Keep following the wooden path that leads you to the old house.

Pick up the third part of the compass.

Third compass part spot can be found on a rock table as soon as you enter the old house. Interacting with the table and you will raise the rock statue, releasing the third part of compass.

Escape the temple before everything collapses.

As soon as you pick up third compass part the cave starts collapsing and the house you were just in starts to burn up. Anyone else noticing a trend here? Keep running away until you reach the safety.

PREVIOUS POSTFar Cry 3 Down in the Docks