Are you having FIFA 23 controller input issues, such as lag, delay, and the button presses don’t register? FIFA 23 is now available in early access for players on all platforms. Unfortunately, as it’s often the case with game releases, the game currently suffers from a myriad of issues. One of the biggest problems currently has to do with FIFA 23 controller input issues. Namely, a number of players are reporting that button pressing is not registering and that there’s severe input lag and delay between pressing a button and the execution in-game. If you suffer from FIFA 23 controller input lag as well, we offer a few possible solutions for all platforms – PS5, PS4, Xbox consoles, and PC (Steam & Origin). 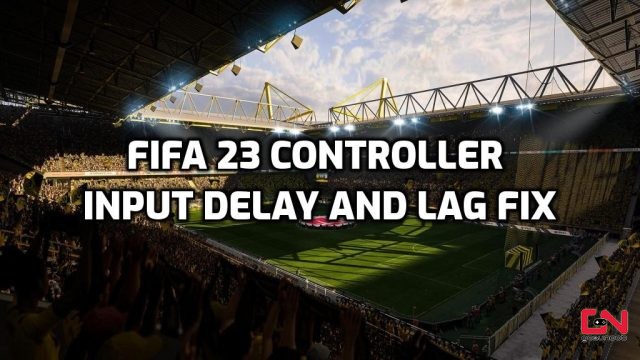 How to Fix Controller Input Lag and Delay in FIFA 23

It’s a new FIFA game, but problems on launch somehow always remain the same, such as the “Early Access Not Working on Steam” issue. Another reoccurring issue is a borderline unplayable controller lag. This controller delay issue in FIFA 23 happens on all platforms, including PC, PS5, PS4, and Xbox consoles. Also, players report that the same problems happen on a vast array of controllers. The same issue is plaguing those who use Xbox controllers, PlayStation DualSense or DualShock 4, or some other third-party controller. Thus, the controller input lag issue in FIFA 23 is not related to any platform or type of controller. Rather, it is widespread.

So, is there a fix to this problem? For now, we’ve stumbled upon three possible solutions for the controller lag in FIFA 23. The first solution for controller delay in FIFA 23, which has proven to work for many players, is to plug in your controller. So, plug it in via USB C instead via Bluetooth (wireless), and it should work just fine. If you really want to play wireless, some players claim that this method on Steam can solve the issue:

Finally, Reddit user memed255 provided this solution: “Launch a normal game, when you get to that menu to change the controller mode and sides, (classic/alternative) disconnect & reconnect the controller.” For now, these are all the solutions that we know about. If someone offers another possible workaround, we will make sure to update our guide.