In many ways, remaking Final Fantasy VII, one of most beloved games in the history of the Universe, could be compared with mining an asteroid made of gold: if you have the technology and resources to pull it off, you will be set for at least a generation. You would be set in a sense that you would secure the creative freedom and independence of vision for many future projects, but most importantly, you would be set with total financial security in these uncertain times. Square Enix has fulfilled that one big wish that every JRPG enthusiast has had for a very long time, so now they can afford to calmly sit back and weather any storm that fates and furies would sic on this planet. No future Fantasy will ever be final. 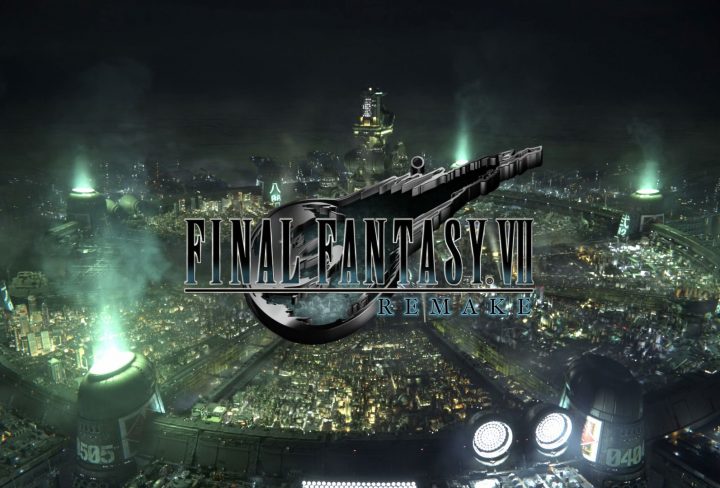 Back in 1997, Final Fantasy VII took the world by surprise, it single-handedly redefined the JRPG genre while grabbing GOTY awards that are too many to count. No other Japanese styled RPG had the cultural impact of that magnitude, but not for the lack of trying. FFVII was the perfect game in the framework that defined it, being near flawless amalgam of style, substance and (available) technology. That third attribute, unlike the first two, was its single, inevitable flaw that only literature and music can claim that are immune to. Sony PlayStation, the platform that the game debuted on has faded into obsolescence over the last two decades. Final Fantasy VII is loved like the clunky blue walkman from your tender teenage years: you still have it stored somewhere, but all cassettes are long gone, as well as your desire to walk the block in the rhythm of Macarena (heeeey, Macarena!).

Final Fantasy VII Remake, a game long in development, is finally here to rectify that problem and make Midgar Great Again. The first thing that should be said is that the game’s scope is rather limited: instead of a gargantuan, 100+ hours mega-game, Remake covers only its first section – Midgar. The rest of the content is hopefully in the works and should be with us in the not so distant future. While it’s bound by the linearity of the Midgar chapters, Remake excels in going deeper in stories that are barely mentioned in the original game. The condensed historical content is unpacked and reimagined in such a way that you will immediately forgive developers for not insisting on a more traditional way of remaking games – preserving the content while updating the visuals. This is a TOTAL and absolute makeover. 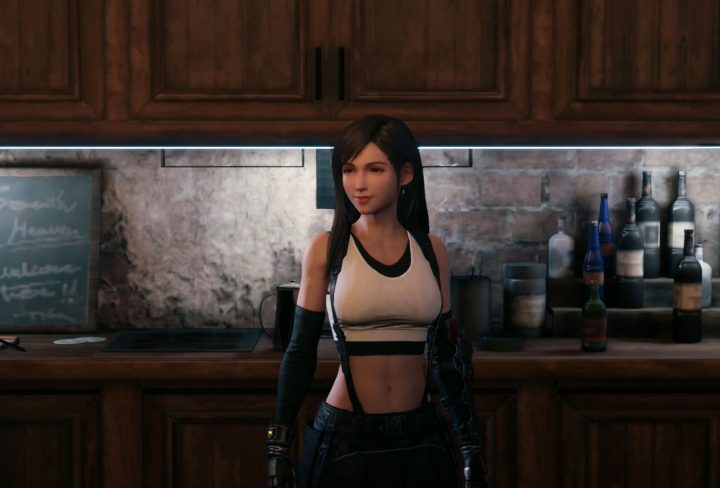 What can 23 years of tech evolution bring to the table? In this case, Unreal Engine 4 powered real-time combat implemented into a 3D environment instead of turn-based battles imposed on 2D backgrounds. Combat, characters, and the city, the three staples of Final Fantasy VII Remake, are brought up to the modern standards while preserving the core of their systems. Although now combat is fast and fluid, compared to the rigid and stationary “item/spell selection” of the old, the crux of its identity, timely utilization of different skills, items and spells of each party member is still here, augmented with the necessity of positioning and avoiding danger in real-time. Combat now requires reflexes, and that might not sit well with ancient fans of the original, now almost a quarter of a century older.

The cleverness of the materia-based system for augmenting equipment required no major design alterations, so devs preserved it, but added one additional layer to gear/character customization. Weapon upgrade points are earned every time your characters level up, and could be retroactively applied to weapons you phased out if you find better pieces, like the iconic Buster Sword, wielded by Cloud. Unlocking nodes leads to a specialization which is semi-independent of the initial “class” of each hero. Instead of attack power, for example, you could boost potency of Cloud’s magic, effectively creating a melee/ranged hybrid. All those upgrades are tightly correlated with the materia, so the system goes deep and it’s very flexible. 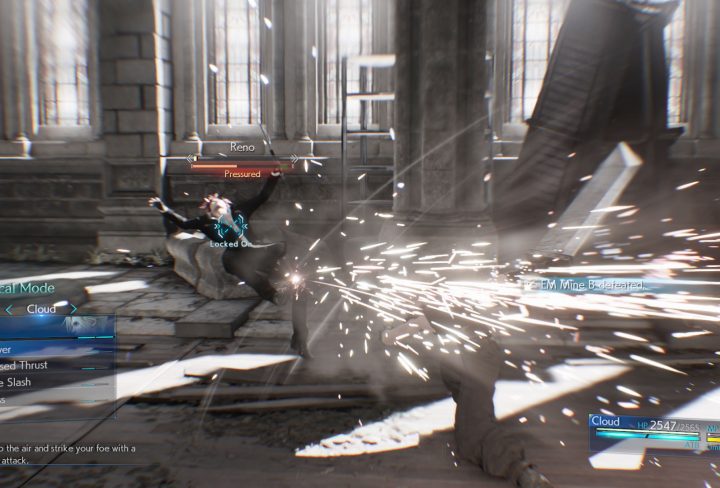 Final Fantasy VII Remake is full of colorful characters and NPCs. Both categories are an essential part of the rich storytelling, and the effort and love poured into flashing out everyone’s nuances and quirks are unbelievable. Every piece of dialogue is enunciated and every sentence is delivered by some truly talented actors. Most of the characters will grow on you, even if your initial impression (of some of them) was far from great. What am I talking about? Well, when I fell through the church roof and properly met Aerith Gainsborough for the first time, I passionately wanted to bury her in a pool of concrete and build a shopping mall over it. She was a true mental mosquito, annoying beyond belief, but after a few adventurous hours together I learned to appreciate her candor and caring attitude. Her acting makes sense in the end, quirks became forgivable and her persistent banter more than tolerable.Same goes for Barret Wallace, an over the top archetype of a black man from “the Hood” – his persona initially feels like a tired trope from a low budget gangster movie from 1986. He too grows in a pretty substantial way. 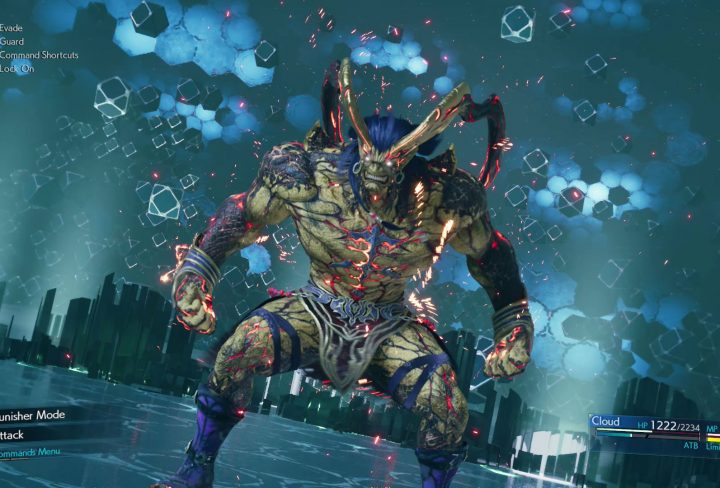 Then, there is the big star of the entire gang, Cloud Strife, the leading man who never misses a chance to roll eyes and remind everyone about his Ex-SOLDIER status. He never smiles, he carries big emotional baggage, and he starts as an emo kid and takes an awful long time to evolve into something more meaningful. Even mid-game, he still acts like a proper asshole. In one particular side quest, you talk to a grieving, elderly widower who wishes to visit his wife’s grave but is unable to do so because of monsters infesting the old graveyard. He asks Cloud if he would come in his stead and pay respects by proxy… Cloud’s response? “Yes, but it’ll cost you…”. Really, Mr.Cloud? His path to humanization is slow but he eventually gets there. There is… a silver lining on that cloud after all 🙂

Not everything is perfect

Side quests… The good old tradition of Japanese role-playing games demands a cruel (but optional) sacrifice of precious time, and FFVII Remake is no exception, implementing a ton of filler content. Each of several game hubs offers few opportunities to help the local community, but as a rule, those tasks would be considered mundane even in Elwyn Forest (the starting zone in World of Warcraft, for the uninitiated…). A local merchant asks you to kill rats infesting his backyard? A kid wants her kittens found? Please… Skipping those could prevent you from obtaining pretty good rewards, so you will be semi-pressed to complete them. 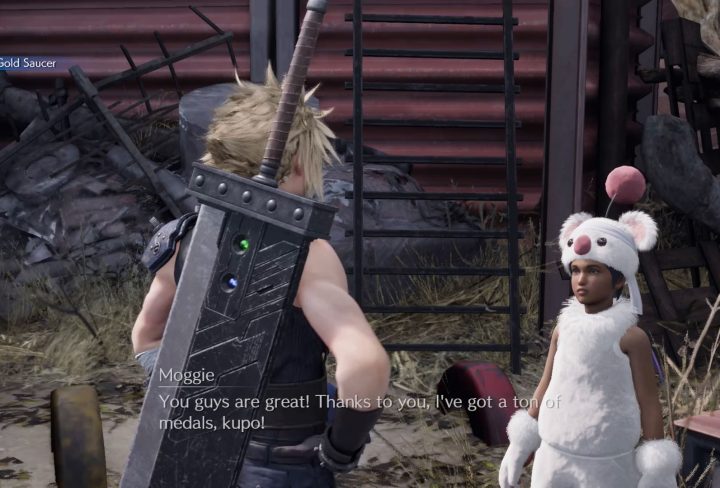 Final Fantasy VII Remake is timed exclusively for PlayStation 4, but in 2021 we can expect (at least) the PC version as well. There is absolutely zero doubt about the commercial potential of this game, so let’s hope that everyone gets the opportunity to enjoy it sooner rather than later.

There are not many gripes I have with the game. Most bothersome were some textures that seemed washed out and inconsistent with the high quality of models and textures prevailing throughout the rest of the game. First example pops into mind when thinking of the door to Cloud’s room in Sector 8. There is also the fact that we don’t get the full FF7 story included in this game. This makes Cloud’s character development a bit hard to swallow. On the other hand, remake extends the stories of other characters and provides enough high quality content that I really can’t hold the missing the full story against it. I am still looking forward to experiencing the whole FF7 story even if I have to pay for three games instead of one, as long as the improvements and story expansion continues. 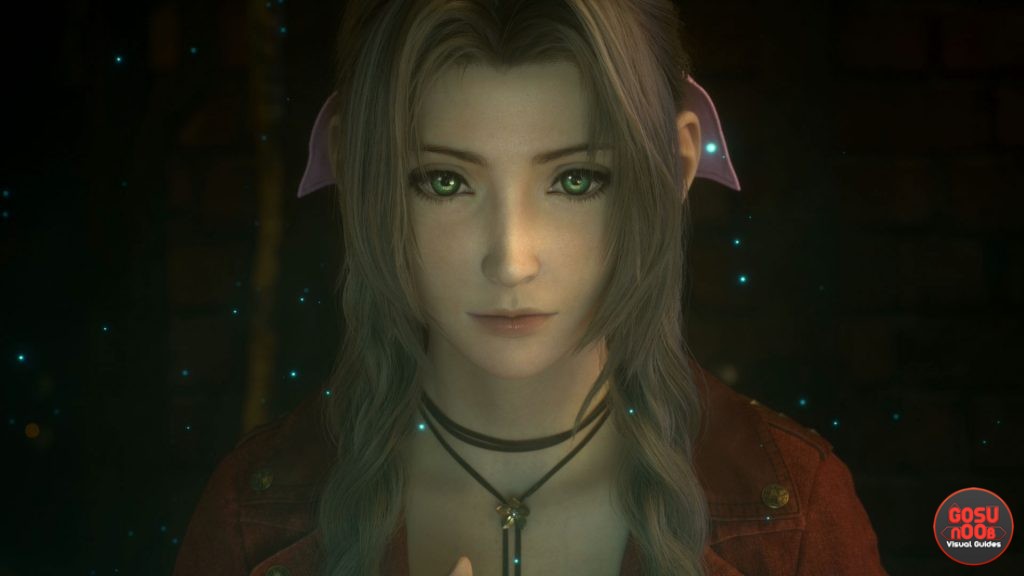 The most important thing that Final Fantasy VII Remake managed to do is to preserve the legacy of the original. It provides upgrades, extensions and modernization to keep the legend up-to-date and still make it feel like you are in that universe and playing that game. Players trying their first Final Fantasy game will be introduced to its quirky style and story the right way. You will see why its intricate and engaging combat system was loved all those years ago and still holds up among the best today. There are minor gripes that can be made here and there, but remake, much as the original, is ultimately a great video game.