Final Fantasy XV is the newest installment in the long-running franchise. Not surprisingly, considering the game’s problematic development, players have started running into a number of problems and issues. Some of these are minor glitches that have simple workarounds and solutions. However, some are more serious problems that the developers will need to fix. In this guide, we’ll show you a list of all known FFXV Errors and Problems, how to fix and avoid them. 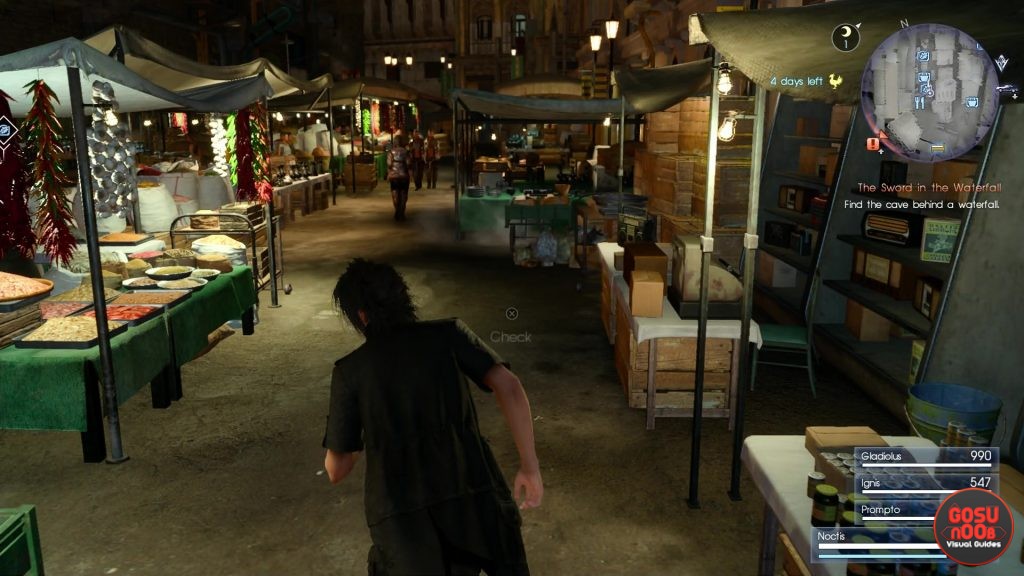 Some players who’ve been having issues with monster spawns are kinda upset over it. Fortunately, this should be an easy fix, since it might not be a glitch at all. Here’s what could fix it:

Following Ardyn in the Car Glitch in FFXV

There’s a part in Final Fantasy XV where you have to follow Ardyn in your car, the Regalia. It’s meant to be a simple part of the game, and if you somehow fall behind, Ardin will slow down, so there’s no way you can lose him. However, some players have experienced a glitch in which Ardin will just shoot off at full speed and they lose him and get a Game Over. Unfortunately, there’s no known solution to this bug yet. Hopefully, it will be fixed in the future.

This is a very annoying glitch, so it’s fortunate that it’s fairly difficult to trigger. WARNING: Slight spoilers ahead, I’ll try to keep them to a minimum. The correct order of events in the chapter is Titan, then you lose the Regalia, then comes Ramuh, and finally you get the Regalia back.

However, since this is an open world game, you can accidentally do things out of the intended order. Apparently, certain players have managed to defeat Ramuh first and Titan second. This messes up the game in a myriad of ways. Your saved game won’t load, and if you load a previous save, you’ll lose the Ramuh ring, but his dungeon will be empty. So just try and stick with the proper sequence of events, and hopefully this glitch will be fixed soon.

Some players have encountered a “Could not save game” while trying to save their progress in FFXV. The issue could be as simple as not having enough free space on your console. Try to delete some stuff to free up your hard drive. If this doesn’t work, try shutting your console off manually by holding down the “On” button. The PlayStation 4 will then rebuild its database automatically, and you should be able to save your game from then on. We don’t know for sure if the same would work on an Xbox One.

This is a bug that has affected a number of players since the game launched. The glitch can get so bad that players have reported that it makes the game unplayable. Reinstalling the game could potentially fix this problem. Another solution might be to reinitialize your PlayStation 4. Keep in mind that you’ll lose all your data that way, so be sure to make a backup first. If neither option works, it might be that your hardware is faulty, or the Blu-ray data is corrupt.

People playing FFXV on the PS4 have experienced some grief with the camera angles. Specifically, it seems to have a tendency to get stuck in a top-down view. As far as fixing this bug goes, it might be connected to the type of enemy you’re fighting. When you fight really tall enemies, the camera zooms back to give you a better overview of the action. Go to the Options menu and find the camera options. There’s a bunch of options that help you set your camera to near, mid or far. This should help you fix the problem.

This seems to be a very widespread issue. It seems many people are having problems with playing the game on their HDTV’s. Parts of the screen, usually the bottom or top right, are simply outside the shot. Most of these issues are connected to 1080i TVs somehow. People have tried to fix this in every conceivable way, but no amount of fiddling with settings has yielded any result so far. We can only hope that the developers fix this issue in one of the upcoming patches.

It seems that the game is having serious problems with framerates and frame-pacing on the PlayStation 4 and PlayStation 4 Pro. On the Pro, playing the game on the High setting appears to run it at over 1080p, somewhere around 4K (but not quite). While this results in a very sharp image quality, it also causes very noticeable frame drops.

The solution to this issue seems to be switching to Lite. Running the game on the Pro using the Lite setting only goes up to 1080p. This results in a noticeably worse image quality. The frame-rate, while more stable than on the High setting, still experiences slight drops. Fortunately, it does run much better, with only a few frame-pacing problems.

As for the PS4, the game performs better than on the High setting on the Pro, since the frame-pacing issues are almost non-existent. That being said, the consensus so far is that the optimal experience is playing on the Pro using the Lite setting.

These are the problems with Final Fantasy XV that we’re currently aware of. If you’ve run into any issues yourself, feel free to share them with us in the comments below.