Ignis Scientia is a character in Final Fantasy XV. He is one of Noctis’s oldest friends, and he likes to fight with his dual daggers. He is also highly educated and he is Noctis’s right hand. 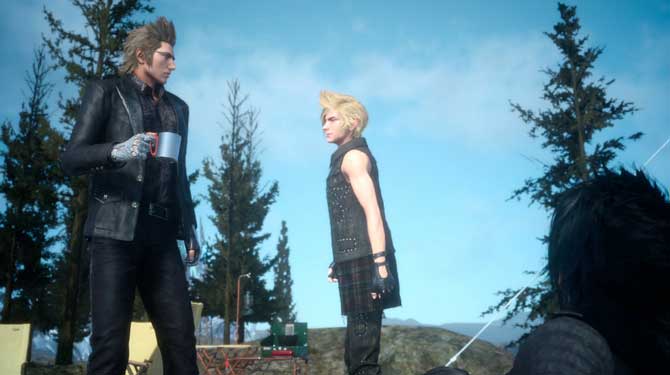 Ignis was serving Noctis’s royal family for many years, even when Noctis was still going to school. His full name is Ignis Stupeo Scientia and he comes from different region that the other members of the party.
If you may have noticed his accent is also different than the others. He received a special education for gifted children to work as a staff officer for Noctis. He obviously has a huge respect for Noctis and his family. Ignis is also the main driver and a chef in the party.

Ignis prefers to use dual wielding daggers in combat. He can also switch from standard grip to reverse grip for different kinds of attacks. He can also use the ability to throw one knife into the air and then kick it towards the enemy.

His known combat abilities are venom strike which inflicts poison damage and an ability called Mark, which will create warp points for Noctis to use. Ignis is also the main healer of the group.

Considering that Ignis is the delicious food provider for the company, it remains a question as to why he tends to wear gloves with all his outfits. The most common one he uses – Crownsguard Fatigues – is the only outfit with the real jacket. It is by far the most stylish outfit of them all. While this outfit is distinctly dark, casual outfits are brighter. The casual outfit has suspenders instead of a jacket. 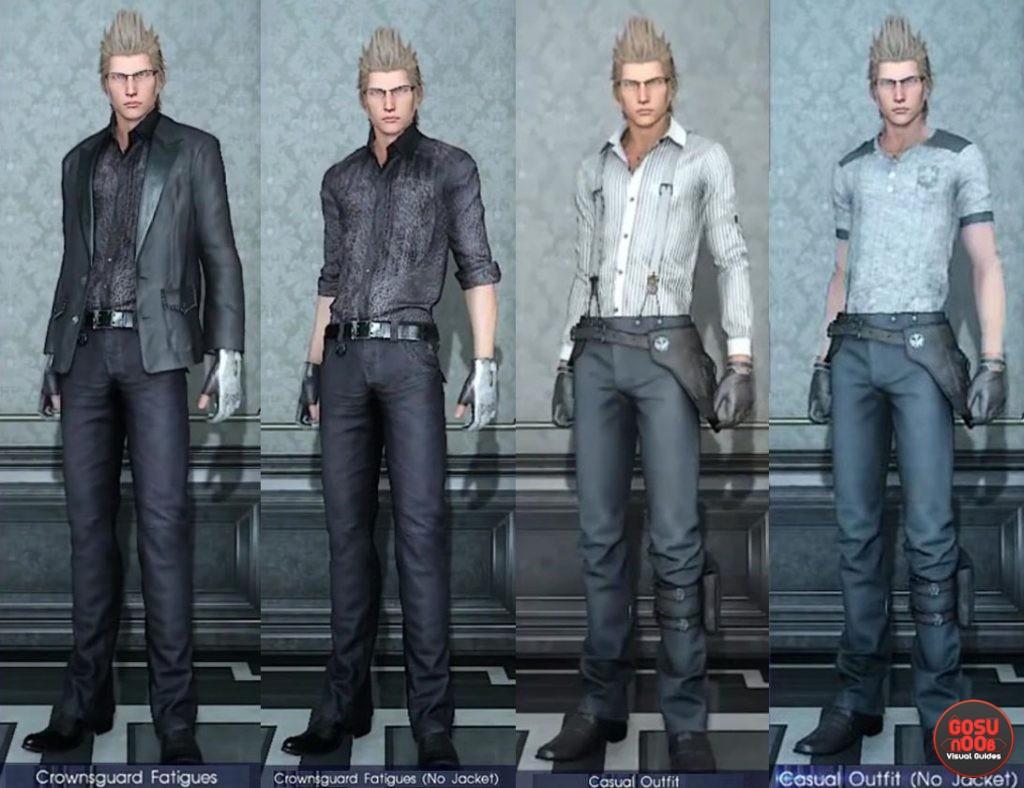 Probably the most important skill. It gives the ability to earn valuable buffs. Ignis prepares meals once you get to the resting places, like camps, hotels and more. Different food recipes give different buffs. Their buffs go from increasing attack damage, up to increased EXP gain… To prepare better food, be sure not to skip every group of enemies, or to spam camps in your playthrough.
There are appropriate ascension cooking attributes. Some of them extend the status boost time from meals eaten at camp. One of them even give AP for cooking someone’s favorite food. 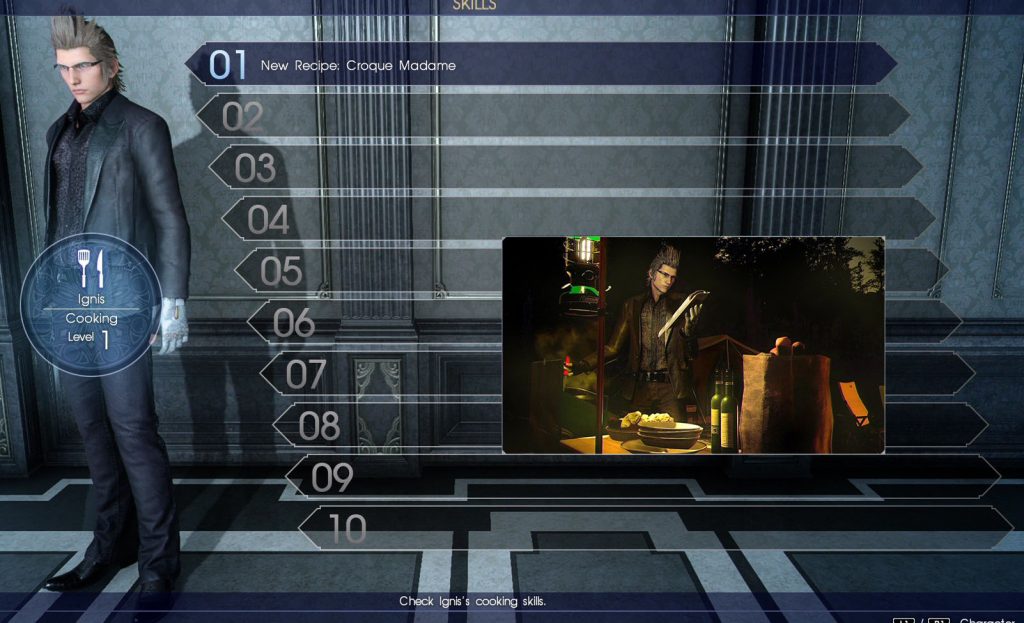 Ignis suffers from not being the main character. He doesn’t have a dedicated ascension grid. You can find attributes that boost his usefulness throughout the grid attributes. One of them, maybe the most interesting one, allows the player to scan and see most enemies’ weaknesses at the onset of battle. There is an attribute that allows Ignis to heal an ally with a hidden recover item.
The most expensive AP attribute skill, once learned, breaks the limit on damage from his techniques.