Fortnite Chapter 2: Season 7 is finally out and with it come new weapons, such as the Railgun, which can be found in various locations across the game. These new weapons are all of alien origin, so expect plasma beams and similar Sci-Fi effects when using them. In this Fortnite Railgun Location – Season 7 Weapons guide, we will focus on just one of these – the Rail Gun. The Rail Gun Rifle is a powerful alien weapon that needs to be charged up. Once you have charged it up, it will fire a single devastating shot. Its advantage is that it can go through walls, hitting unsuspecting enemies behind. However, it takes a relatively long time to reload after that, so it’s best used for sniping. Read on to learn more about where you can find one of these. 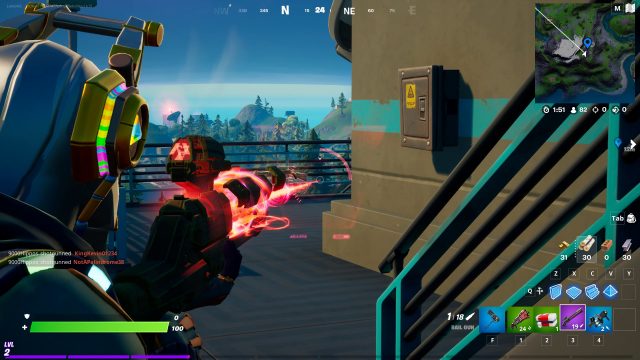 How To Get Railgun In Fortnite 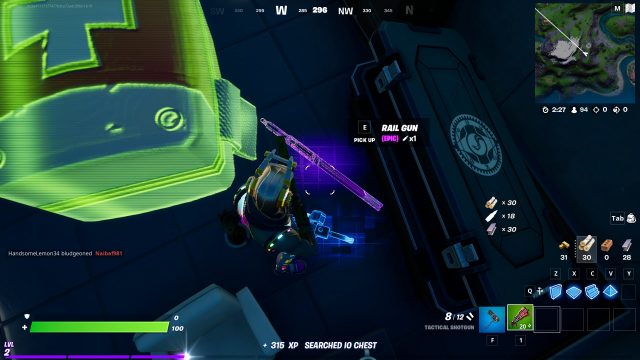 The Season 7 Fortnite Railgun can be found in two ways – either randomly by searching through chests and other places where you can find loot, or off of defeated opponents. The Rail Gun comes in three variants: Rare, Epic, and Legendary. The rarer it is, the better stats that it will have – such as higher damage output and faster reload. Be careful when using it – it takes a while to charge up and it fires just one shot before needing to reload. These two weaknesses can be offset with its main advantage – the ability to shoot through build walls. This can seriously impact the way players have played the game up until now, and it may require new strategies.

We are sure that players will soon come up with all sorts of inventive ways to make use of the Season 7 Railgun and its ability to hit enemies behind walls. We hope that our Fortnite Railgun Location – Season 7 Weapons guide has given you some ideas on how you can employ this weapon. Good luck in this newest season, and stay tuned for more upcoming Fortnite Battle Royale Season 7 content.

NEXT POSTInteract With Bunker Jonesy’s Conspiracy Board Fortnite