Genshin Impact 2.6 Redeem Codes are here! The Genshin Impact 2.6 livestream has revealed all the new details about the next big Genshin update, slated for release on March 30, 2022. We’ve learned a lot about the brand-new Chasm region, exciting new character Kamisato Ayato, the Ruin Serpent enemy, and more. Claim these Genshin Impact 2.6 Codes to receive free rewards such as Primogems, Mora, Hero’s Wit, Enhancement Ores, and more! 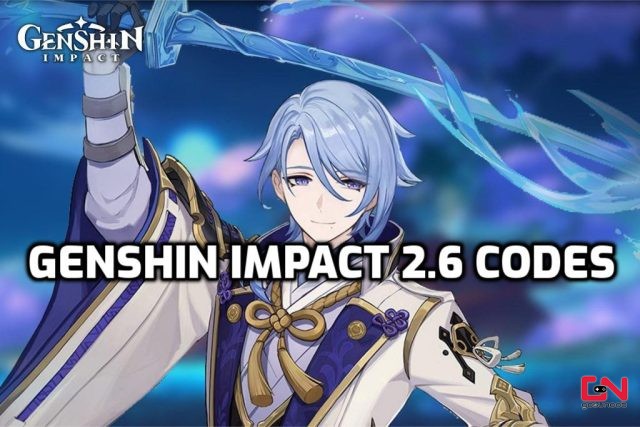 The Genshin Impact 2.6 special program is now completed. Tens of millions of players can’t wait to start exploring the Chasm region and all-new content in the next big update. And to kick things off, there are free rewards given away during the stream, as is tradition. Genshin Impact 2.6 Codes, three of them in total, will net you 300 Primogems, 50, 000 Mora, 5 Hero’s Wit, and 10 Enhancement Ores. One thing, though, be sure to redeem them as fast as possible. Otherwise, they will expire.

How to Redeem Genshin Impact 2.6 Codes

If you are a veteran player, by now, you’ve probably redeemed Genshin Impact codes dozens of times, and you’re well familiar with the process. Nonetheless, if you are not sure what exactly is the procedure here, here’s how to claim Genshin Impact redemption codes:

And that’s it! You’ve claimed the code and your rewards are waiting for you in the game. Open Genshin Impact, and you’ll find your rewards via in-game mail. Just repeat the process for other codes you want to redeem. Keep in mind that a code can only be redeemed once per account. If a code shows an error, check if you entered it correctly. Also, some codes may expire and are no longer valid, so make sure to claim them on time! With that said, that’s all you need to know about claiming Genshin 2.6 Codes.