The Sacred Sakura Cleansing Ritual in Genshin impact requires you to destroy three barriers, and one of these is the Araumi Barrier. Like many puzzles in Inazuma, this, too, is complicated and difficult to solve on your own. To help you complete this quest in a timely manner, we’ve put together this Araumi Barrier – Sacred Sakura Cleansing Ritual – Genshin Impact guide. As the old saying goes – a picture is worth a thousand words, and this is why we’ve paired this guide with a video we’ve put down below. Use both of these and you will be able to take down this barrier in no time. 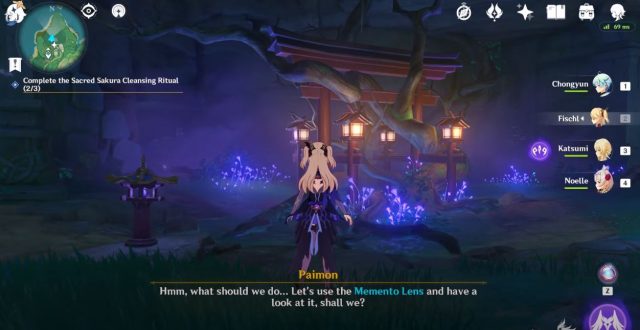 How To Destroy The Araumi Barrier

First, make your way to the location in the video below. Enter the stone remnants and you will find yourself surrounded by several fox statues and a chest. Loot the chest and then take out your trusty Memento Lens. Use it to observe these statues. This will reveal a button behind each one. Press each one and the floor will open. Once you are down here, proceed to the room that also has fox statues in it. Again, use the Memento Lens and look at the statues through it. This will reveal shrines in their place. When you have uncovered all the shrines, you will need to manipulate them to set them in the right pattern. The video explains how to accomplish this, so just follow it step-by-step.