The Elegy for the End is a powerful 5-Star Bow that you can get in Genshin Impact. It functions as a weapon that also buffs your entire team, so needless to say – this makes it very powerful. It’s rumored that it will make a return to Genshin Impact’s gacha. So, this is the perfect time to read our Elegy for the End Genshin Impact Venti 5 Star Bow guide. In it, we have compiled everything that is known about this Bow, including its stats, and which characters are best suited to wield it. 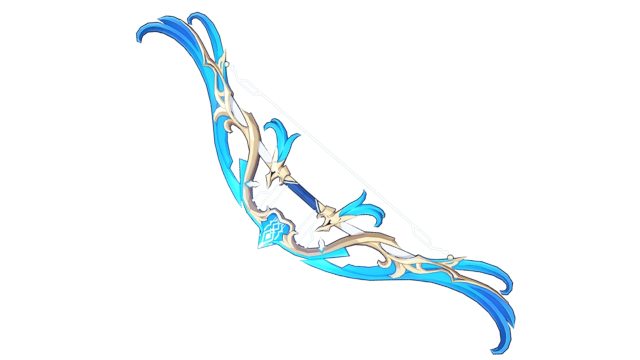 Elegy for the End Stats in Genshin Impact

At level 90, Elegy for the End has a base attack of 608, and a 55.1% bonus to Energy Recharge. Its passive bonus, “The Parting Refrain”, increases the Elemental Mastery of whoever wields it by 60. When you hit opponents with the Elemental Skills or Elemental Bursts of the wielder, that character gains a Sigil of Remembrance. This particular effect can be triggered every 0.2 seconds. When you get to 4 Sigils of Remembrance, they will be consumed, and every nearby part member will be under the “Millennial Movement: Farewell Song” for 12 seconds. This effect does the following: it increases Elemental Mastery by 100 and ATK by 20%. While this effect lasts, you won’t gain other Sigils of Remembrance.

Best Characters to Wield Elegy for the End 5 Star Bow