Genshin Impact Version 2.6 is well underway and players are having fun with all the new content. Still, one feature has been missing from the game ever since the update has landed. We are, of course, talking about the Serenitea Pot. The player housing system has been under maintenance since late March. Added with the 1.5 update in April 2021, the good old Serenitea Pot has seen players building their dream world in the Realm Within, placed inside a magical Teapot. If you are missing arranging your teapot, here’s what we know about the Serenitea Pot Maintenance end date. 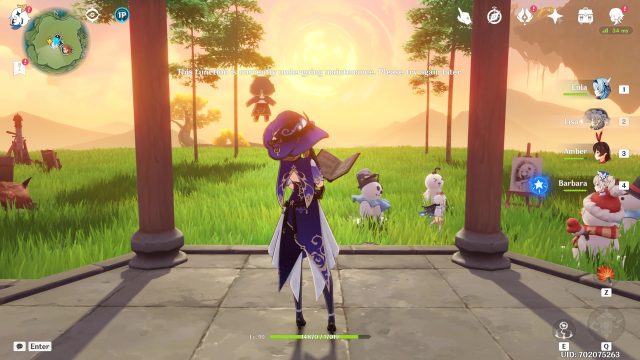 At the time of writing, two long weeks have passed since players had the last opportunity to use the placement menu and edit their pocket world. You are still able to visit and enjoy your teapot, but editing is under complete maintenance. That means that you are not able to place new furniture and characters or remove the existing ones. You can only visit your Serenitea Pot as it was before the maintenance kicked off.

So, when will the housing feature return in Genshin Impact? To be perfectly frank, no one really knows. It seems that HoYoverse (formerly known as miHoYo) has run into a serious problem. Something was obviously overlooked and what was supposed to be regular maintenance now seems like it’s nowhere near to end. Developers have compensated players with 500 Primogems and 5000 in Realm Currency when the maintenance started. As it became apparent that the problem will continue, the developers gave players additional 5000 Adeptal Energy as compensation.

While we don’t know the exact date when will the Serenitea Pot maintenance end, it’s now rather certain that it will last for quite some time. Players will be rewarded the 5000 Realm Currency compensation “every week” during this maintenance period. This, unfortunately, means that developers are already aware that the issue will last for at least a couple of weeks. Because of that, our estimation is that Serenitea Pot maintenance will not end before May 2022. That being said, we will update the article with new information as soon as it becomes available.