A recent tweet by the Genshin Impact official account has many players intrigued. This tweet features Yulan, who is described as “A mysterious person who claims to work for the Ministry of Civil Affairs.” Naturally, this air of mystery surrounding this Hydro character has players asking when and where they will be able to meet recruit her. We completely understand, since we are looking forward to playing with her as well. And this is why we have written this Genshin Impact Yelan, Ministry of Civil Affairs guide, so that we can tell you everything you need to know about her. 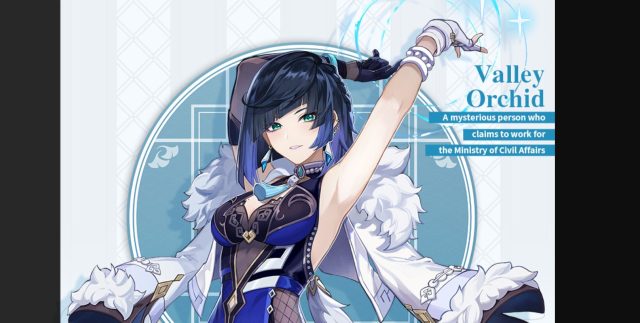 Yelan is going to be released alongside the Genshin Impact 2.7 update. As you no doubt already know, Genshin Impact 2.6 is set to release in a couple of days from now. More specifically, on March 30th, 2022. And, since each chapter in Genshin Impact lasts six weeks, we can infer from that that you can expect to see Yelan on May 11th, 2022, when the 2.7 update is out.

Like her description spells out, Yelan is closely associated with the Ministry of Civil Affairs. In all likelihood, this means that she will most probably appear there. And, if you are familiar with the locations in Genshin Impact, then you know that the Ministry of Civil Affairs can be found in Liyue Harbor. Of course, just like other such introduced characters, you will presumably first need to solve some quests before you can get to play as her. We still don’t know exactly what that will entail, but we will let you know as soon as more information about her becomes available. What we do know is that she is a 5-star Hydro-user and bow-wielder. Yelan, along with Kuki Shinobu – a 4-star Electro-user – can’t get into Genshin Impact soon enough and we can’t wait to try her out.

NEXT POSTWonderlands Legendary Armor, How to Get Amalgam Armor