Are you stuck on a Difficulty you’ve chosen when you started GoW Ragnarok? If you can’t change the difficulty in God of War Ragnarok, you should know that you’re not the only one with this issue. Like in the previous game, GoW Ragnarok offers players several difficulty levels, based on what kind of challenge they want and how intense their experience they want it to be. However, at one point during your playthrough, you might come into a situation where you want to change your Difficulty level. The difficulty change doesn’t work in God of War Ragnarok for you? Read on as we explain what we know about this bug. 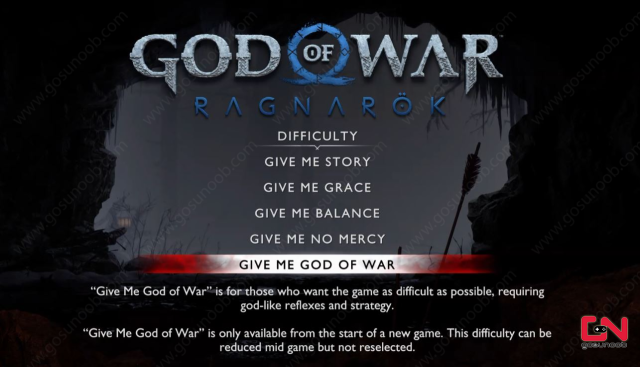 God of War Ragnarok is finally here! And while the overall experience seems rather ironed out, there are still some bugs and glitches here and there. Thankfully, these are mostly minor issues, and there’s nothing game-breaking. Nevertheless, we are sure the developers will stamp them out quickly. However, there is one problem that is currently troubling a certain number of players. Namely, some players seem to be stuck and can’t change the difficulty. If you are one of them, the first thing you should know about picking the highest difficulty – Give Me God of War – is that you can leave it, but you can not come back to it once you change it to an easier option. 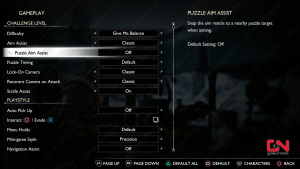 When it comes to other cases, for now, this seems to be a bug which happens randomly to some players. They would change the difficulty, but when they check in the settings again, it’s the old difficulty level. Some players report that pressing the touchpad and confirming the difficulty change should fix this problem, so try that. If that doesn’t help, then, unfortunately, the only other thing you can do is wait for the developers to fix the issue. For now, that’s all we know about the “God of War Ragnarok Change Difficulty Doesn’t Work” glitch. If we stumble upon some other fix, we will make sure to add it to our guide.