Not sure where to find Lost Lindwyrms for Ratatoskr the Squirrel’s favour in GoW Ragnarok? We’ve got you covered! As one of the many sidequests in God of War Ragnarok, Ratatoskr, the famous squirrel from Norse mythology, will ask you to bring him Nidhogg’s Children – Lindwyrms. In this guide, we provide six Lindwyrms locations, explain what are Realm Tears, and how to use the Lindwyrm Trap to capture all the Lindwyrms. 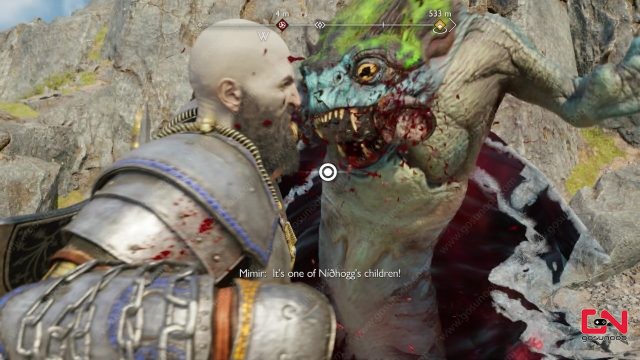 Where to Find Lost Lindwyrms in God of War Ragnarok

Nidhogg, a dragon who gnaws at the root of the world tree, Yggdrasil, is no more. It has been slayed by you, Kratos. However, her offspring, the six Lindwyrms, are still there. And if left unchecked, they can create total chaos. And that’s why Ratatoskr the Squirrel asks you to bring them to him. So that he can guide and raise them properly. He’ll give you the Lindwyrm Trap, and ask you to look around Realm Tears for these beasts. However, where to find these lost Lindwyrms locations?

Seems easy enough, but many players might be confused over what exactly are these Realm Tears. They are actually known under a different name in your in-game journal. They are map collectables called Yggdrasil Rifts. Thus, you have probably already encountered one of these. They resemble a small black-hole-like sphere, hovering low above the ground. Once you see them, you’ll immediately recognize them. When you get near them, simply interact with them and a Lost Lindwyrm will jump out from it. Overcome it, use your Lindwyrm Trap, and trap it. And don’t forget to collect other goodies from the trap. You’ll usually find Dust of Realms and Lindwyrm Scales unique resources, plus some Hacksilver.

Hence, all you need to do is to interact with six of these Realm Tears (AKA Yggdrasil Rifts), and you’ll capture six Lindwyrms. Below, you’ll find the list of six locations where you can capture them. However, these locations might be different for you. Nonetheless, the only important thing is that you can find them inside Yggdrasil Rifts. With that said, here are six locations where we found the Lost Lindwyrms:

PREVIOUS POSTList of All Vehicles in Warzone 2 & Fuel System Explained

NEXT POSTTemple of Light Red Chest God of War Ragnarok