Not sure how to turn off Atreus’ hints & puzzle solutions in God of War Ragnarok? The boy has grown up in GoW Ragnarok and now he is a teenager! That means that Atreus is much stronger and he will be able to help you in battles. And not only that, but he’s also a bright young fellow, and he’ll often help you in figuring out the puzzles. However, solving a puzzle is a part of the experience, and some players want to do it themselves. So, is there an option to turn off Atreus’ hints about puzzles? Here’s what we know about it. 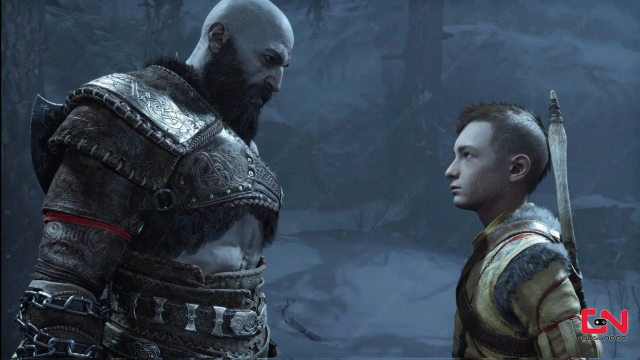 How to Turn Off Atreus Puzzle Hints in God of War Ragnarok?

We will not beat around the bush here. Instead, let’s cut right to the chase. And you’re not going to like the answer. No, unfortunately, to the best of our knowledge, you’ll not be able to turn off Atreus’ remarks about puzzles and potential solutions. For the vast majority of puzzles in GoW Ragnarok Atreus essentially acts as a hint system. And while most other games allow you to turn off and on their hint systems, this one is permanent. That’s because Atreus helping Kratos is a narrative design choice and an integral part of the story. Atreus is growing up and he wants to be equal with his father and prove his worth. Making him silent will ruin the immersion of the story and the relationship development between him and his father.

However, it does also make a lot of puzzles rather meaningless, as you don’t even get to think about the solution. Atreus will almost instantly answer puzzles for you, leaving you to only follow his instructions. Developers at Santa Monica probably understand that this might be frustrating. And while the option is not currently available, they might choose to add an option to turn off Atreus’ puzzle hints in GoW Ragnarok in some future patches.