Is AFK Arena not loading for you? Are you stuck on the AFK Arena loading screen? We might have a solution for your issues! Released in April 2019, AFK Arena is still one of the most popular action RPG card games on mobile. Over one million gamers enjoy the game on a daily basis. However, recently, many users are suffering from a rather infuriating issue. They can’t start AFK Arena at all. If you are also struggling with the “AFK Arena Stuck on the Loading Screen” issue, read on as we explain how to fix the problem and play the game. 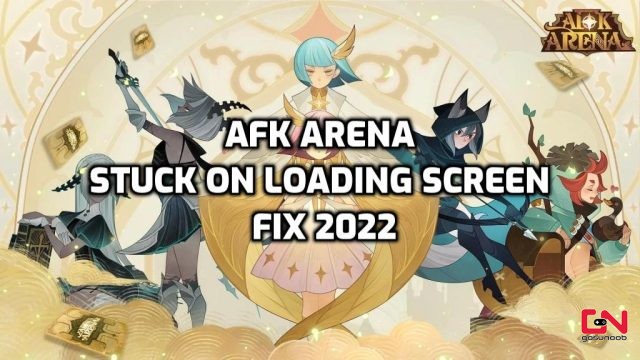 How to Fix AFK Arena Stuck on Loading Screen in 2022

The issue with players not being able to log in to AFK Arena has been going on for quite a while over the last couple of weeks. A number of players reported about it on Reddit and social media. And, it has become increasingly more problematic recently. Eventually, developers had to acknowledge the issue and compensate players with 5000 diamonds, plus a new AFK Arena code! Nonetheless, the issue is still there, despite developers promising on working to fix it. While they are fixing it, is there something you can do in order to bypass this “AFK Arena Not Loading” issue?

Dear Adventurers,
The issue about "some of the adventurers being unable to log in to the game" is updated here.❤
Deeply sorry for the trouble caused. pic.twitter.com/Cbf7A8wUi8

Well, there are several reports of possible solutions, but none seem to be 100% workable. A number of players claim that reinstalling the game has solved the problem with AFK Arena being stuck on the loading screen. However, you need your account linked or else you’ll lose progress. So, make sure to do that. Reddit user KydrouKair says that changing the loading screen (Splash Screen) fixed the problem for them.

It seems that the whole problem stems from “a botched update of the app”. Thus, using the “repair game” option in the advanced settings menu is another possible solution for the issue. For now, these are all the solutions that we know about. If you know another method on how to solve the “AFK Arena Stuck on Loading Screen” bug, share it with us in the comments section!