ARK: Survival Evolved players have been bestowed with one final free DLC – Fjordur. The community is enjoying it at large, as this massive map inspired by Norse mythology brings a lot to the table for a completely free content package. Asides from over 140 square kilometres of new biomes, new challenges, and secrets to unravel, there are also four new creatures to capture. Of course, there are also plenty of old and fan favourite creatures. One such creature is Lightning Wyvern, but many are not sure where to find it. In this guide, we explain how to find Lightning Wyvern eggs and pinpoint their exact location in Ark Fjordur. 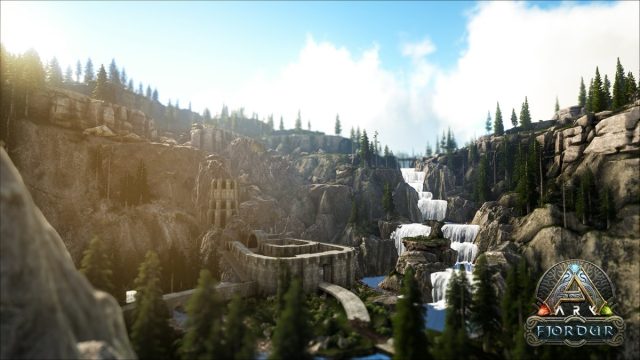 Where to Find Lighting Wyvern in Ark Fjordur

If you’ve already played the Fjordur map, you are probably aware of just how massive this DLC region is. It features four unique islands, Vardiland, Vannaland, Bolbjord and Balheimr, and the mystical realms of Jotunheim, Vanaheim, and Asgard. There’s a lot to process and explore, and for some players, it might be overwhelming, especially if you are looking for one specific thing. And if you want to find Lighting Wyverns or their eggs, you must leave Midgard, which is the starting zone, and travel to Asgard instead.

Don’t know how to reach Asgard? Don’t worry, we will explain exactly what you need to do. The first thing you need to do is to find the Portal Chamber on the Fjordur map and reach its location. In order to travel to the mystical realm of Asgard, open the portal with a golden glimmer. The portal will take 30 seconds to open. Be careful, as you may be attacked during that time, which will remove you from the chamber.

Once the portal is open, head to the other side and you will find yourself in Asgard. From there, head to these coordinates: 29:56 – 08:19. This will bring you near a huge skeleton there. From the skeleton’s head turn right, and you’ll soon spot a cave. Enter this cave and this is where you’ll find Lightning Wyverns in Ark Fjordur.

NEXT POSTHow to Get Shadow in Sonic Movie Experience