Don’t know how to fix Brawl Stars Server Error 43? Developed and published by Supercell, the popular battle arena is celebrating its fourth birthday in 2022 and is still going as strong as ever. The game offers various modes and constant updates, which is why it has kept a huge player base. However, it also suffers from various issues from time to time, such as the above-mentioned Server Error 43 when players play Duels. Here’s what we know about this issue and some possible solutions. 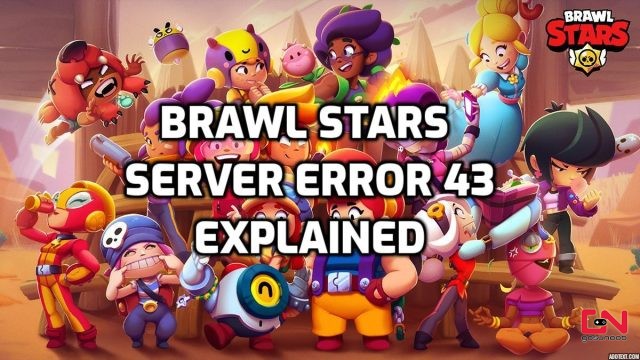 According to reports from players, the Server Error 43 issue in Brawl Stars appears only when they are playing duels. The issue happens on both Android and iOS devices. Players would play a match and immediately after winning they would receive the error. The problem is rather annoying because not only that it requires the game to be restarted, but it also doesn’t count the kills for the quest. However, some players report that it can happen after a defeat as well. No matter if it is after a win or a defeat, the error message would appear in a grey box in the middle of the screen. The only thing left for you after this is to click the “OK” button and relaunch the game.

Unfortunately, for now, there’s no clear workaround which could help you mitigate this issue. That’s the bad news. The good news is that the developers are well aware of it, and are working on fixing it as we speak. Game Lead on Brawl Stars confirmed that they are trying to find the solution.

“We’re aware that some of your experience Error 43 at the battle end screen. We’ve identified the issue but won’t be able to resolve it easily today without maintenance,” he wrote. “Since there’s no negative impact on you, we will keep Duels enabled despite the error message.”

So there you have it, for now, we will simply have to wait for the developers to solve the problem. The good news is that they know what is causing the error, but you should probably expect some server downtime at some point while they resolve the issue.