Brawlhalla Week 5 missions and new Kung Fu Panda Crossover event have started! This week seven missions are waiting for you, and we’ll share with you the fastest way to complete matches. As always rewards are Battle Gems and you will get from 6 to 12 gems per mission. If you are having difficulty finding the exact characters you need to use, check out our detailed guide for Brawlhalla Week 5 Season Pass Missions. 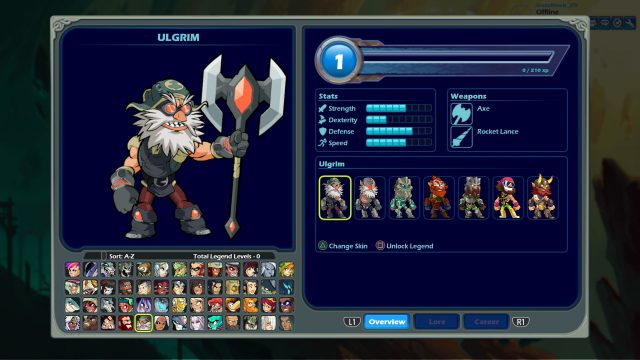 #1 Win Matches as legends who play in Valhalla’s premier techno fantasy euro pop band is the first mission. You can use one of these four legends to complete the mission: Ulgrim, Fate, Marshall Isaiah and Ada. If you’re not fully versed in the lore of the game we’ll share with you that Isaiah has put together a techno-fantasy euro pop band with Ada, Ulgrim, and Fait. You’ll get 6 Battle Gems for completing this mission.

#2, #3, #4 The next three missions are Bow KOs, Rocket Lance Heavy attack damage, Axe light Attack Damage. Each of them will reward you with 8 Battle gems. You can use character as Vector who has Bow and Rocket Lance, Ulgrim with Axe and Rocket lance, and Azoth with Bow and Axe.

#5 Win matches with each Stance type – You have to win a match with a base stance, strength stance, dexterity stance, defense stance and speed Stance. 8 gems for completing this mission.

#6 Perform true combos – Hit an opponent and then hit them again with another attack while they are still stunned. Your reward is 10 gems.

#7 Hit opponents with fully charged Signatures – Signature Attacks are the unique heavy attacks that legends use with each weapon. Unarmed Heavy Attacks do not count. This one offers 12 gems.

NEXT POSTCharacter is Currently Involved in Other Quests Genshin Impact