Pet Sim X is by far one of the most played games on Roblox. Like many games of its kind, its popularity is in large part due to PSX being regularly updated with new content. Since it is a game that revolves around pets, these updates often revolve around new critters being added to it. Such is the case with the latest update, which has added the Doodle Parrot to Pet Sim X. In this guide, we’re going to show you the exact Doodle Parrot value in Pet Simulator X, and also explain how you can get this rare pet. 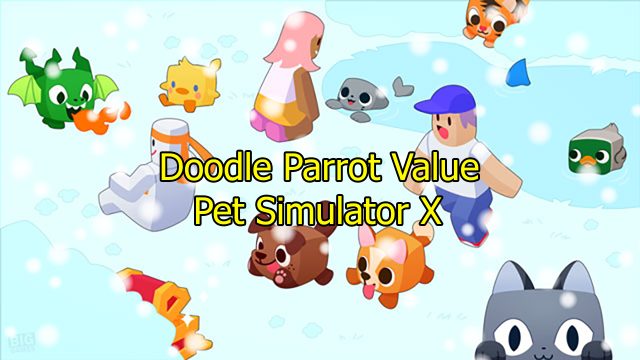 How to Get Doodle Parrot in Pet Sim X

Before we explain how to get the Doodle Parrot, we have to clarify something first. You may have heard that this pet was available to purchase from the Mystery Merchant. This was a bug, and it has since been fixed, meaning that it is no longer possible to obtain it this way. What you need to do instead is to purchase the Tropical Doodle Egg. To do this, you first need to unlock the Doodle Oasis area in Pet Sim X. Hatching this egg costs 130.000 Doodle Coins, while hatching a Golden Variant costs 1.17 million Doodle Coins. The Tropical Doodle Egg contains eight possible pets, one of which is the Doodle Parrot. Since it is a very rare pet, it may take a lot of tries and luck until you get it.