Made by Valve, the same company that’s behind Steam, Dota 2 has mostly been very lucky when it came to connectivity errors that seem to plague most online games of its kind. However, there is one standout bug that can give players a lot of bother. We’re referring to, of course, the Stuck on Confirming Match Bug. If you have been getting the Dota 2 Stuck on Confirming Match Bug in 2023 and want to know what causes it and whether or not you can do anything to fix it on your end, then this guide is for you. 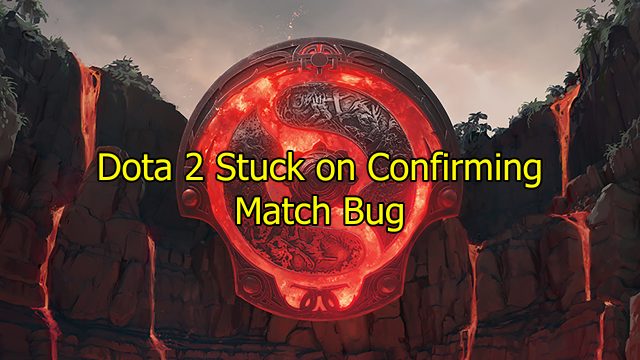 As already mentioned, this is a connectivity error. It usually occurs when the servers are overloaded with a high number of simultaneous players. While it doesn’t occur often, this January 2023 saw a rise of this bug. As its name suggests, this error results in you being stuck forever on the Confirming Match screen and not being able to start the game and play it. So now that we know what causes this bug, is there anything you can do to fix it? Well, there are, in fact, several things you can try.

The first thing you should always do in cases such as this is to restart your internet router. This “refreshes” your internet connection and often does the trick. The next step is to restart your computer. After that, check to see if there are any Dota 2 updates that haven’t been installed yet and install them if that is the case. And, if none of these have worked, the only thing left to do is to be patient and wait until Valve have sorted this problem out on their end. Hopefully, you won’t need to wait for a fix for too long.

PREVIOUS POSTHow to Get Lucky Pokemon in Pokemon GO 2023