After years of development and a recent limited public Alpha, Diablo Immortal is finally entering its Beta phase. The full mobile game isn’t expected to be out until sometime next year, so this is the perfect opportunity to get acquainted with it until then. Of course, we wouldn’t be writing this How to Download & Play Diablo Immortal Beta guide if it was as simple as that. No, there are several things that you will need to be aware concerning this DI Beta. This includes where to download the Diablo Immortal Beta APK, and whether or not you can use a Diablo Immortal VPN to participate in the Beta. 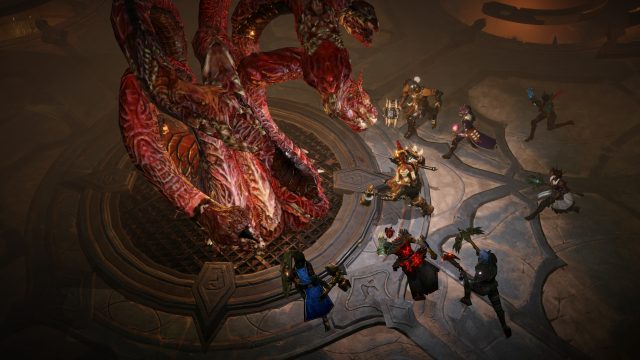 In order to register for the Beta, you will need to register on the official website. However, there are several stipulations concerning this that you will need to be aware of beforehand. First off, the Beta is limited only to Android devices. The second, much more prohibitive requirement is that only users living in Canada and Australia can take part in the Beta testing. Registered users in South Korea, Japan, and China will probably be the next countries to be allowed Beta access at a later date.

Blizzard has said that “tens of thousands” players will be able to participate in the beta, so you should probably hurry if you intend to register for it. The Beta itself will last “under three months”, according to the developer. If you do not meet the requirements for this (meaning – you don’t live in either Canada or Australia), a possible solution could be to use a VPN to change your IP to one of those countries and register like that. Not every VPN is likely to be able to accomplish this, but there are several excellent ones which should be able to do the trick, such as NordVPN and ExpressVPN. One last thing to note here is that there is no reliable APK source at the moment and that you should be careful when downloading the APK, as it can corrupt your data.

NEXT POSTWhip Riders Republic – How to Tailwhip