Fall Guys and Among Us were some of the biggest hit titles in 2020, and these two wacky games continue to be popular even in 2022. Given their popularity, their cross-over events and skins came naturally. The first Among Us costumes were introduced in Fall Guys in 2021. Now, with Fall Guys going free-to-play, the Among Us skins have become a part of the first-ever battle pass in the game. However, many players want to know how can they get the special “bone” skin, resembling a dead crewmate. In this guide, we explain how to get Among Us bone skin in Fall Guys, called Bein Cheesy Costume. 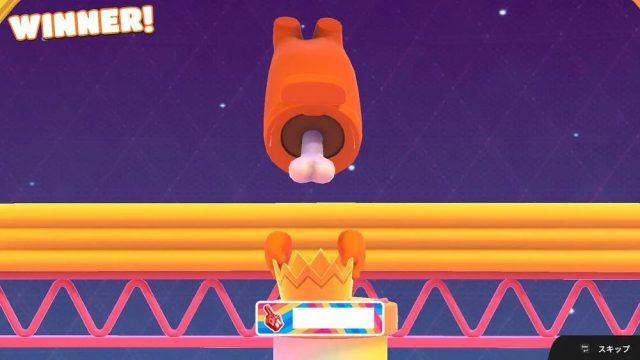 How to Get Among Us Bone Skin in Fall Guys

The first thing you should know is that there are, in total, three different Among Us costumes in Fall Guys. The first one was introduced back in March 2021, followed by the second one on 30th June of 2021. Finally, the third Among Us skin was added with the first seasonal battle pass, when the game went free-to-play. Each of these costumes has its own variants. The first two Among Us skins are called Young Sprout Costume and Eggscellent Costume.

However, if you want to get the dead crewmate “bone” Among Us skin, what you need is the latest Among Us skin. This one is called Bein Cheesy Costume. You unlock it once you reach Level 36 on the premium Season 1 battle pass. This costume is basically a crewmate from Among Us, with a wedge of cheese on the head. Nonetheless, that’s exactly the skins with the Bone variant.

But, you can not choose between the crewmate and bone variants. The bone variant will randomly appear in some of your matches and stay like that for the rest of that match. We don’t know the exact percentages, but the chance for the “Bone” skin to appear is rather small.