If you’re experiencing various Forspoken performance issues, like stutter, lagging, and frame drops, you should know that you are not alone here. Square Enix’s action RPG is the first major PS5 exclusive in 2023 when it comes to consoles, but the game is also available on PC via Steam and the Epic Games Store.
▼Article Continues Below▼
Our guide explains how to improve Forspoken’s performance and fix Forspoken’s stuttering, frame drops, lag, screen tearing, and other issues. 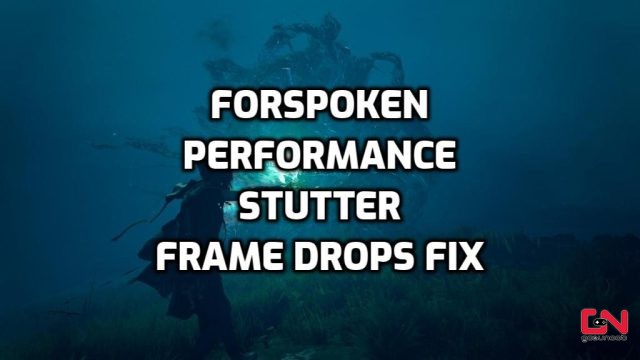 Before we jump to potential solutions for poor performance in Forspoken on PC, you should know that the game has just been released and that some problems are to be expected. Unfortunately, over the past couple of years, we’ve seen many AAA games being released in an unfinished state. Not only in terms of content but also riddled with bugs and issues. This also includes poor optimisation and lousy performance. Furthermore, Forspoken is developed as a console title first. And Japanese studios have a poor track record when it comes to porting their console games to the PC. With that said, let’s see what you can do to mitigate these issues.

First and foremost, you’ll need to know Forspoken PC requirements and set your expectation accordingly. Forspoken is a true next-gen game with gorgeous visuals and breathtaking locations. As such, it is very demanding in terms of hardware. Thus, ensure that your in-game visual settings are set in a way your PC can handle. Severe stuttering and low FPS in Forspoken might be because your PC simply can’t run the game on such high settings.

In most cases, the reason for stutter and poor performance is outdated drivers. If you don’t have the latest version of your GPU driver, you might experience various visual issues. You can search for the latest drivers either via your GPU software, or you can download them from the links below:

Turn off 3rd-Party Apps and Overlays

It is well-known that many third-party apps running in the background may hinder your gaming experience. Aside from taking up valuable resources of your PC, they can also cause conflicts and other problems. Hence, turning off all unnecessary apps while playing Forspoken is strongly advised. The same goes for overlays, such as Discord overlay, Steam overlay, NVIDIA overlay, AMD Adrenalin, and other similar apps. Turn them all off, and you should see improvement in Forspoken’s performance.

Use the “Verify integrity of game files” option on Steam to ensure no missing or corrupted files. Forspoken has a Day 1 patch on the release day, and there might be some conflicts with old files if you have pre-loaded the game. Here’s how to do it on Steam:/p>