There are, of course, many Pokemon you can get and use in Pokemon Unite, but up until now, getting Zeraora was very hard to get. Previously, only players that played the game before August 31st were eligible to get it. This has now changed, and all Switch, iOS & Android players can get it as well, provided they act on time and complete certain missions. In this How to Get Zeraora – Pokemon Unite Switch, iOS & Android guide, we will explain exactly what you need to do in order to get this powerful Pokemon. 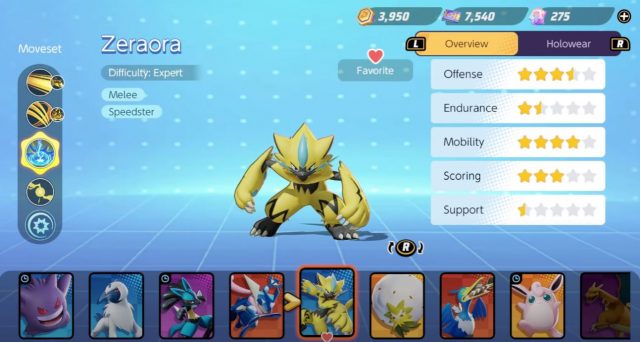 How to Get Zeraora in Pokemon Unite

Up until now, Pokemon Unite was only available on the Nintendo Switch. But, starting from yesterday, it has also been released for iOS and Android mobile devices. Zeraora was available as a launch bonus for Nintendo Switch players that played the game prior to August 31st. Now, new Switch players, as well as iOS and Android players, too, can get the Unite license for Zeraora. To do this, you will first need to complete a set of special Zeraora Missions. These can be found in the Events Menu. Since they are called “Zeraora Mission”, you will be able to easily spot them.

The missions themselves are fairly straightforward, obviously designed to get players to play the game as much as possible. Basically, all you need to do here is to play and win battles. When you have won enough battles, you will be rewarded by getting the Zeraora Unite License. And if you have already gotten this Pokemon, this reward will be substituted with Aeos Coins instead. Here are all the missions and rewards. We recommend you do these as soon as possible, if you want to get Zeraora.