A survival horror stealth game, the original Hello Neighbor was a very interesting game. In it, you were tasked with snooping around your suspicious neighbor’s house. Apart from this unique premise and cartoony art style, what made HB really stand out was its AI – which made the Neighbor learn and adapt to your playstyle. From its release in 2017, Hello Neighbor has become a franchise, with two spin-off games and an animated series currently in development. The sequel, titled Hello Neighbor 2, has also been in development for some time now, and is scheduled for release later this year. Read on to learn when that release date is, and how you can download the Hello Neighbor 2 Beta. 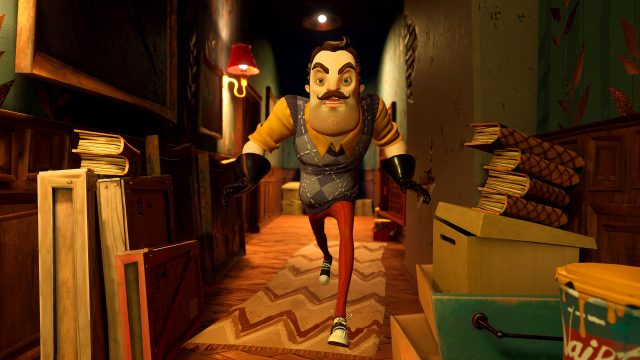 To get access to the Hello Neighbor 2 Beta, you will need to pre-purchase the game. You can do that on Steam, the Epic Game Store, Xbox, and PlayStation. In addition to this, if you pre-purchase the Deluxe Edition, you will get five extra days of early access, as well as all of the Day 1 DLC for the game. This DLC includes Late Fees, Back to School, and Hello-copter. According to the developers, the Beta will give you access to the game’s open-world, but won’t spoil the main mystery of the game. Think of it more like the chance to see and experience how the game works. Also, the Beta is going to periodically get new content updates up until Hello Neighbor 2’s full release.

The official release date for Hello Neighbor 2 was recently announced. The full release of HN2 is going to be on December 6th, 2022. Until then, the game is going to remain in Beta, with a short Early Access period which is going to be available to players that have pre-purchased the Deluxe Edition of the game.