Fire Emblem Warriors: Three Hopes is the latest game in the long-running Fire Emblem series. A sort of alternate timeline spin-off from Fire Emblem: Three Houses, the Three Hopes in the title refers to one of three paths that you can take in the game. Each of these has its own plotline and characters. One particular character that appears in all three of these is Byleth. While initially appearing as an enemy, you can convince Byleth to join you. However, doing so requires that you do a specific set of actions, which are different depending on which story route you are playing. We will show you how to recruit Byleth in Three Hopes in all three story branches. 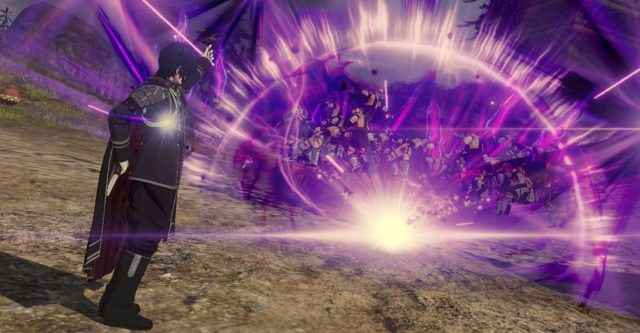 For the Scarlet Blaze path, you will be able to recruit Byleth during Chapter 12. You will get a hint that this battle is particularly important: “Your actions in this battle will greatly impact the outcome of the story.” Here’s what you need to do:

Azure Gleam players can also recruit Byleth in this Chapter 12 battle. You will also get a prompt beforehand warning you that this battle is important. However, the actions you need to do to get Byleth to join you are completely different here:

Unlike the previous two story paths, you can get Byleth a bit earlier for the Golden Wildfire path – during Chapter 10. You will also recognize this battle for the warning prompt before it. Here’s how to accomplish this:

NEXT POSTCollect 3 Ores Genshin Impact Core of the Apparatus Event