Diablo 3 Season 26 has come to the live servers. Asides from the usual seasonal content, the most exciting part of the new season is the Echoing Nightmare limited-time mode. This new activity is essentially a horde mode where players will need to stand their ground against increasingly harder waves of enemies. In order to access this mode, players will need to use a Petrified Scream which will open a portal to the Echoing Nightmare. But getting Petrified Screams has proven to be a difficult task. In this guide, you will learn how to most efficiently farm Petrified Scream in Diablo 3. 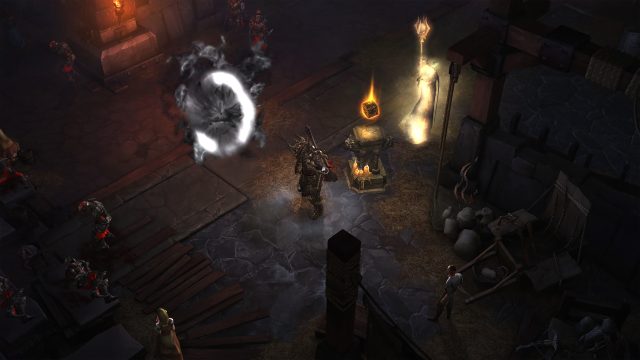 How to Farm Petrified Scream in Diablo 3

First thing first, let’s get one thing clear. There isn’t really any way to exploit the system and get a bag full of Petrified Screams. There are no cheesy strategies. You will mostly get Petrified Screams at random, and the drop rate is fairly low. The drop rate hasn’t been officially revealed, but it ranges somewhere between 5% and maybe even goes as low as the Primal drop rate.

Another thing you should know is that they can only be obtained with seasonal characters. For a multiplayer game, only one player needs to transmute a Petrified Scream to open an Echoing Nightmare portal. You can not obtain Petrified Screams by doing a standard Nephalem Rift. Bounties won’t work either. The only place where they drop is the Greater Rift. So, if you want to farm the Screams, you will need to do efficient Greater Rift runs. Other than being a level 70 character, there are no other requirements.

PS can drop at any level of Greater Rift, but if you want to grind them most efficiently, you should play a Level 90 Greater Rift. This is a soft cap, as at this level the balance between difficulty and the number of received items is optimal. Thus, in terms of time spent and items gained, this is an optimal way to farm them. Of course, having a really efficient key farming build is also a must. Though, ultimately you’ll need to get lucky, as it is a random loot drop from a general loot pool.

How to use Petrified Scream in Diablo 3

You probably already know this, but in case you don’t here’s how to use them. You simply take one PS from your inventory and drop it in Kanai’s Cube. Use the transmute option and it will open a part to the Echoing Nightmare. Pass through the portal and your run will start. And that’s it! Have fun in Season 26 and good luck with farming Screams!