Why is splitting chests with scissors not working in Merge Mansion anymore? Merge Mansion is slowly preparing for the Halloween event in 2022. And, as the first part of a bigger update, we’ve just received the new “Cemetery” area. Unfortunately, aside from quite a few fun new additions, there’s also one unpleasant surprise in the form of changes to how scissors work with chests. In this article, we explain why you can not split chests with scissors in Merge Mansion. 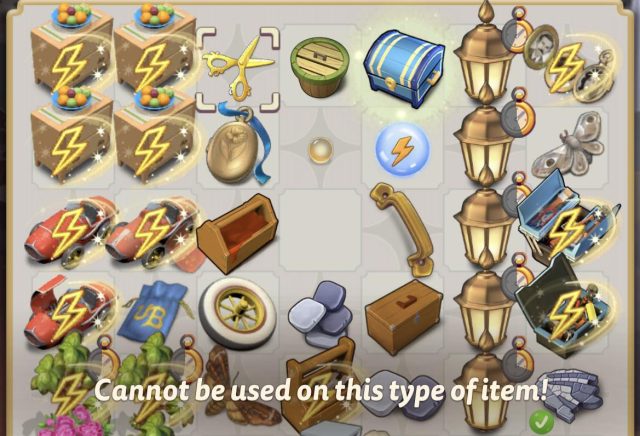 Split Chests with Scissors Not Working in Merge Mansion

So, why you can not split chests anymore in Merge Mansion following the “Cemetery” area update for the 2022 Halloween event? Is this a bug or an intentional change? We know the answer, and unfortunately, you are probably not going to like it. Developers have decided that the scissors will not work with chests anymore. It is an intentional change, but the developers haven’t shared their official reason for why they decided to implement it.

You probably already know this, but the scissors are used to break an item into two of the prior-level items in that merge chain. They are quite useful for when you don’t need an item of a higher level anymore, but you need its previous levels. And you can still do this with most of the items. But you can not split chests with scissors anymore. And that’s exactly why many players are disappointed to see this uncalled-for change. Many players used the scissors almost exclusively for chests.

Some players speculate that the intention of this balance change is to “funnel us towards spending our own money for gems and parts”. That’s definitely plausible, as it limits options, especially for high-level players, who usually get way fewer chests. With that said, that’s all you need to know about this change. It’s unfortunate, but that’s a new reality.

PREVIOUS POSTGenshin Impact Key of Khaj-Nisut vs Primordial Jade Cutter, Which is Better

NEXT POSTMerge Mansion Cemetery, How to Enter New Area