My Time at Sandrock is a new building and life sim game. Developed by the same studio that created My Time at Portia (hence the similar name), MTaS follows the same wholesome gameplay formula. Taking place in the titular Sandrock, you assume the role of a newly-arrived Builder, who will rebuild this run-down town. Apart from building it up again, you will also need to defend it, as well as get to know its many inhabitants. The relationships you can build with the citizens of Sandrock can be both platonic and romantic. There are many bachelors and bachelorettes in the game, so you are sure to find someone that your character is going to like and start a relationship with. In this guide, we are going to list out all the Romance Options in My Time at Sandrock. 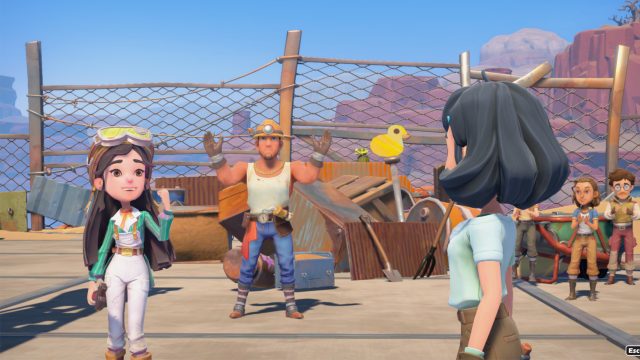 Let’s first see the non-romanceable Sandrock citizens. While you won’t be able to have a romantic relationship with these, you will still be able to befriend many of them:

The romanceable characters are divided into bachelorettes and bachelors. Both of these can be romanced and married regardless of your character’s gender, so you don’t need to worry about this – just go after the characters which you find the most appealing. Let’s start with bachelorettes first:

And now, let’s see which bachelors are available for you to romance:

Of course, since the game has only just been released in Early Access, not all of these characters or the relationships you can have with them are fully implemented yet. But this is something that is no doubt going to be expanded and worked upon with each new update to the game.