How to play Run 3 unblocked at school is a question many students want to know an answer to during long and boring school days. Run 3, known simply as “Run” for many players, is a deceptively simple, but tremendously fun endless runner game. Developed in 2013 for Android devices, the game was originally just a remake of the first game, but it has developed into a much bigger game over the years. The game is a perfect pastime activity while hanging out in school. And that’s exactly why many schools have blocked the game. Luckily for you, in this article, you’ll find a step-by-step guide on how to unblock Run 3 on a school computer. 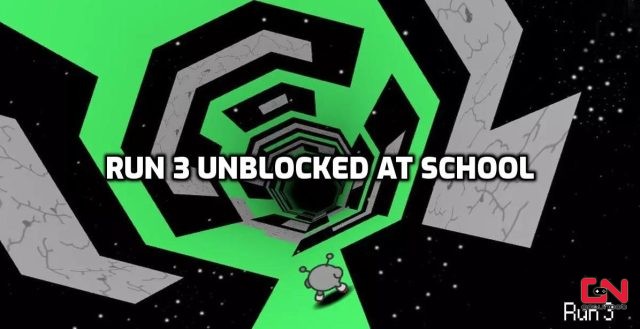 How do you unblock Run 3 on a school computer?

How to Play Run 3 Unblocked at School

Over the last couple of months many schools have started blocking games and apps within their school networks. A number of video games, gaming apps, and websites with video games have been blacklisted via school network fillers, rendering them inaccessible from school. However, as you might have guessed, we have a solution for this!

The unblocked Run 3 can be played on websites specialised to run unblocked games. However, many schools have started blocking those as well. Thankfully, there is a way to bypass this issue. Using a portable web browser, such as Opera Portable or Firefox Portable, can mitigate the restrictions. What you need to do is to load them up front on a USB stick. And then plug it into a school computer and use the browser from the USB stick. In this way, you should be able to bypass network filters.

When it comes to playing via your mobile device using the school network, you will need to implement another solution. In this case, you will need to install a VPN provider on your mobile. VPNs are apps which can change your IP location. By doing that, they can deceive the school network that you are not actually there. This will result in all unblocked games being available for play.

PREVIOUS POSTWhen is Trials of Osiris Coming Back in Destiny 2

How to Unlock Lachmann 556, RAPPH & SUB in Modern Warfare 2

Looking to boost your FPS in the Modern Warfare 2 beta? If you’ve been wondering…