Pranking has been a time-honored school tradition for a long, long time. These pranks can take many forms, from fairly innocent jokes, all the way to mean and very complex tricks. And, since The Sims have always strived to put in as much content and variety as possible into their gameplay, it should come as no surprise that new pranks have also made their way into Sims 4. Specifically, as part of the High School Years expansion DLC. We are going to tell you everything you need to know about pranks in Sims 4 High School Years, including how to pull them off and whether or not there are any consequences for doing so. 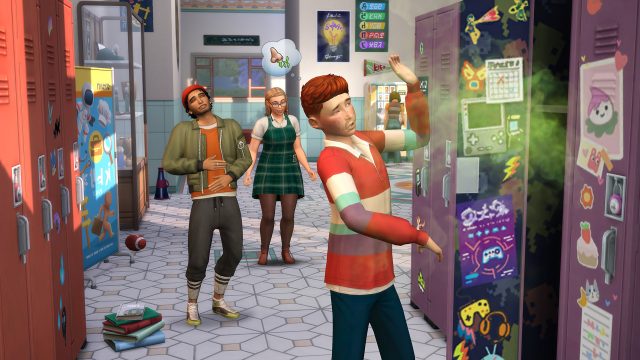 How to Pull Pranks in Sims 4 High School Years

As previously stated, the High School Years DLC adds many pranks to pull off in The Sims 4. Some basic pranks are available to every Sim, while others are obtained by leveling up your Mischief skill. Pranks are usually successful, though Sims with a high enough Logic or Mischief skill can figure out what’s actually going on and avoid getting pranked. Some of the pranks you can do include: writing pranks on the school whiteboard, putting stink capsules into students’ lockers, pranking the school’s PA system, summoning Bloody Mary, starting a food fight, unleashing a gerbil stampede, and more.

It goes without saying that not everyone will appreciate getting pranked by you. If you get caught pranking someone, your relationship with that Sim will go down. Not to mention, you can also earn a lot of time in detention if an authority figure such as a teacher or the principal catches you in the act. There’s even the possibility that these pranks can turn deadly. If you try to summon Bloody Mary, usually nothing will happen and you’ll be fine. However, there’s a small chance that she will make an appearance, which will result in your Sim dying from fright.