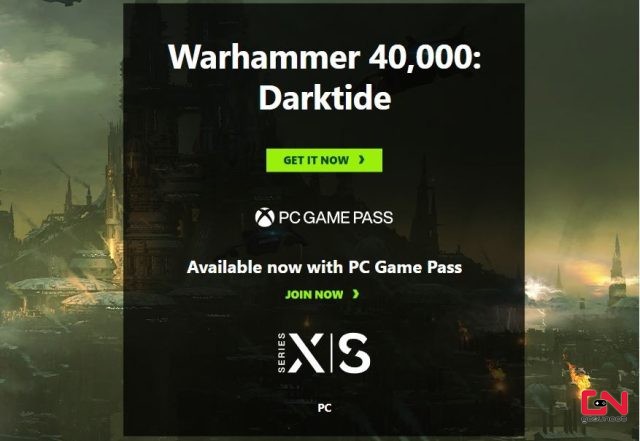 The Warhammer 40,000: Darktide launch day is here! The game is now fully released for PC, with the console version coming at a later date. If you want to own the game on a PC, you can purchase it either via Steam or the Microsoft Store. However, if you are an Xbox Game Pass member, you can play it for free! Of course, if your Game Pass subscription is active. However, currently, many Game Pass members are having trouble finding the game on PC Game Pass.

“It was announced that Darktide would release on Game Pass, but I don’t see it anywhere,” says Reddit user Haunting-Corgi-5023. “The weirdest part is that on the website, it says that it is available for Game Pass, but after I click the link, I get an error message. Can someone help me?”

This is likely just a temporary bug, as the game is scheduled to be available on PC Game Pass alongside the release on Steam. However, until this issue is fixed, there is a temporary workaround. What you need to do is to find the game on the Microsoft Store. And once you find it, try clicking purchase, and then cancel. Refresh the page, and you should now be offered to install Darktide via Game Pass through the Microsoft Store on your PC. And that’s it, have fun!