There’s no doubt that YuGiOh is one of the most popular Card Games in the world. The Yu Gi Oh franchise spans across manga, anime, and many other forms of media, including video games. The Yu-Gi-Oh! Master Duel is the latest video game adaptation of YuGiOh’s adventures. In it, you, of course, use cards to battle your opponents. As such, Card Packs are very important. But did you know that there are Secret Packs in Yu-Gi-Oh Master Duel as well? In this Yu-Gi-Oh Master Duel Secret Pack List guide, we will be taking a look at these, and also explain how to unlock them. 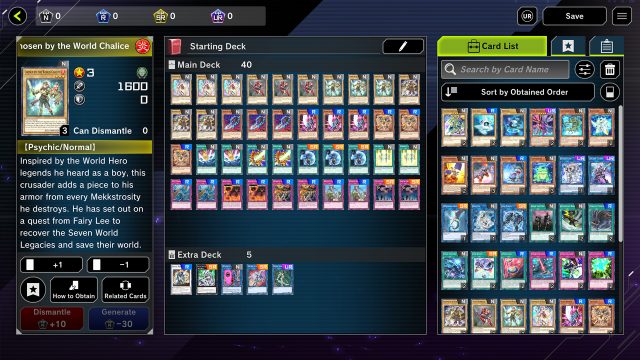 There are many Secret Packs that players can unlock:

We’ll update the list as we found new packs. If you know about any additional secret pack please leave a comment below and the name of the secret pack.

How to Unlock Secret Packs in Yu-Gi-Oh Master Duel

To unlock the “Darkest Magics” Secret Pack, you need to craft an Ultra Rare (UR) or Super Rare (SR) card from one of the cards in the pack. If you do not know how crafting works in Yu-Gi-Oh Master Duel, we have a great guide that explains how to craft them. The problem with this was that, naturally, players didn’t know which cards they even needed to craft.

If you do not want to waste too much time figuring out what to craft, we can confirm that crafting the “Dark Magical Circle” card is enough to unlock the entire “Darkest Magics” Secret Pack. As for “The Azure In The Ivory” Secret Pack, the process is much the same. And, to cut to the chase, to unlock this pack, simply craft the SR “The White Stone of the Ancients” card. You can see which Cards are included in both of these Secret Packs in the screenshots below. We’d like to thank Reddit user Agent_0x5F for discovering these.